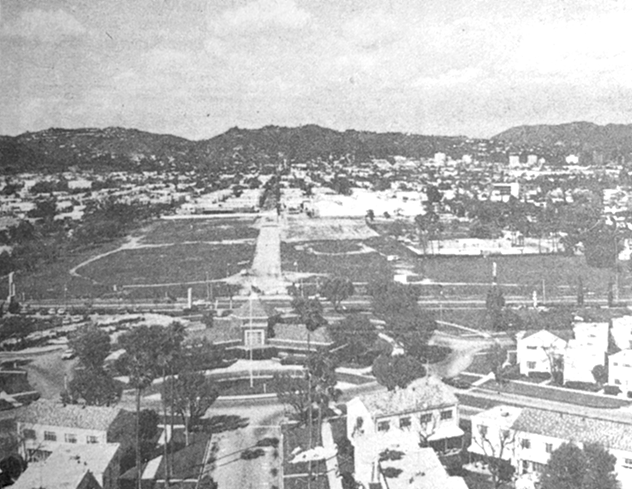 A photograph in the March 19, 1981, issue of the Park Labrea News showed vacant land north of Third Street that would become Pan Pacific Park. A groundbreaking ceremony had been held earlier that month for the 31-acre park, now considered a valuable neighborhood recreational resource in a densely-populated area of the city. The park was created under the leadership of Los Angeles County Supervisor Ed Edelman and Los Angeles City Council President John Ferraro, who had worked for six years to identify funds to purchase the land and design a space with amenities such as baseball fields and walking paths. The site, which was primarily constructed below street level, also serves as a flood control basin. On Nov. 19, city officials dedicated a new playground at the southern end of the park, adding to many existing amenities at the site such as sports fields, an amphitheater, public pool, recreation center and senior center.

What show is returning to The Wallis? ‘Love, Actually’