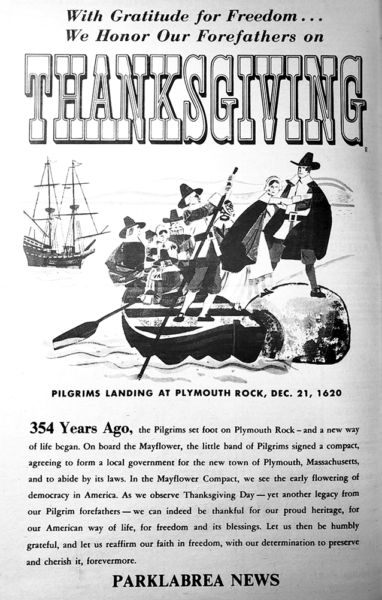 In honor of Thanksgiving, the Nov. 21, 1974, issue of the Park Labrea News featured a full-page tribute to the Pilgrims, who helped establish the concept of democracy in what later became the United States. Next year will mark the 400th anniversary of the Pilgrims arrival at Plymouth Rock. The Park Labrea News and Beverly Press wish all of our readers and their families a happy Thanksgiving.