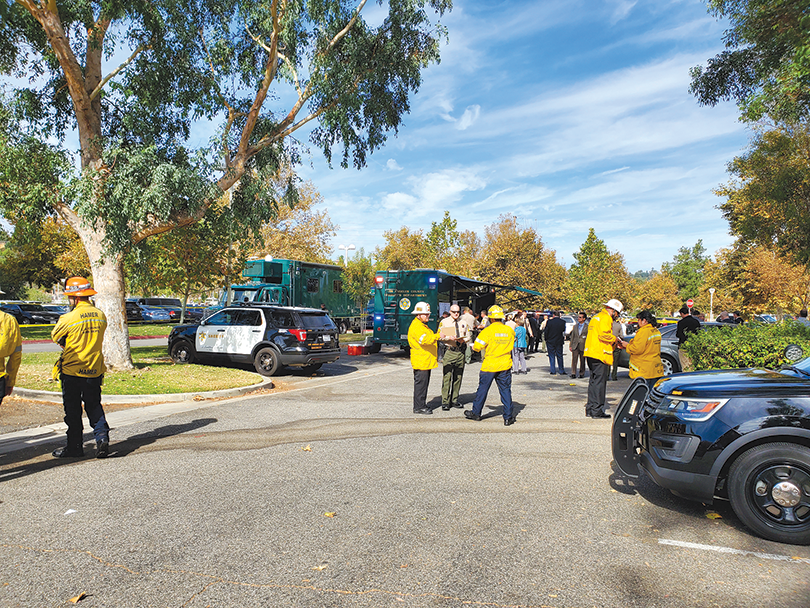 First responders gathered at a command post in a park that also served as an evacuation site for students after the Saugus High School shooting. (photo by Lt. Todd Withers/Beverly Hills Police Department)

When news spread on the morning of Nov. 14 about an active shooter at Saugus High School, first responders from Beverly Hills sprang into action.

They were in a prime position to do so because many members of the city’s police force are residents of the Santa Clarita Valley and some were off-duty at home, minutes away from the campus where the shooting occurred. Lt. Todd Withers, who had finished working a shift in Beverly Hills the evening prior and gone to sleep at 3 a.m., was abruptly awakened that morning by his wife, who informed him about the gunman.

The Withers’ son attends an elementary school steps away from the Saugus High School campus, and his wife whisked the boy away from the campus after arriving and seeing other parents fleeing with their children. With his son safe at home, all Withers thought about was getting to the scene to help. He jumped in his Beverly Hills police vehicle, which he takes home because of his position as a ranking member of the department, and headed straight to the campus.

“The entire law enforcement community is a family, and it’s our duty to respond,” Withers said. “And that is whether I am working in this city or the community where I live.”

Withers, who resides less than a mile from Saugus High School, said he arrived at the campus within seconds and saw Los Angeles County Sheriff’s Department and California Highway Patrol personnel swarming the area. At the time, authorities thought the gunman may have left the campus, so Withers searched the area around the school.

“It was mass chaos. I was actively checking to make sure no one was fleeing with a gun and there was no outstanding suspect,” Withers said. “They put out another bulletin about a possible suspect sighting and then broadcast the [location of the] suspect’s home. I was close, so I went over there.”

Withers said he was one of the first police officers to arrive at the suspect’s home, and reported to the sheriff’s department that he saw no activity at the location. After a team from the sheriff’s Special Enforcement Bureau arrived and made entry into the house, Withers went to a nearby park used as a command post for police and an evacuation site for students. He stayed there as hundreds of students arrived from Saugus High School and other campuses locked down in the area to be reunited with parents.

Later that day, it was disclosed that the gunman was a student at Saugus High School who had shot and killed two fellow students, injured three others and shot himself.

“Any active shooter situation is going to overwhelm any entity right away. If I am there and in a position to do so, I am going to do whatever I can,” Withers added. “I don’t think anyone ever thinks something like this is going to happen in their neighborhood. You have to be prepared when it does.”

Withers is one of as many as 12 officers from Beverly Hills Police Department who live in the area, including Lt. Robert Maycott and Officer Chris Bond. Withers and Maycott are former members of the department’s SWAT team and have specialized training in responding to such incidents. Withers said there were first responders from numerous police agencies at the scene, given that many law enforcement officials call the Santa Clarita Valley area home.

“Police officers are inherently dedicated to service on- and off-duty and place a high priority on the protection and safety of others,” Spagnoli said. “I am proud our officers were able to contribute during such a difficult time and provide some reassurance to those affected by this senseless act of violence.”

“These tragedies can happen anywhere. They can happen in a community full of public safety officers,” Coopwood said. “Law enforcement officers are on duty 24/7, and have to be hyper-vigilant 24/7 in case of events like these. I am very proud of them.” 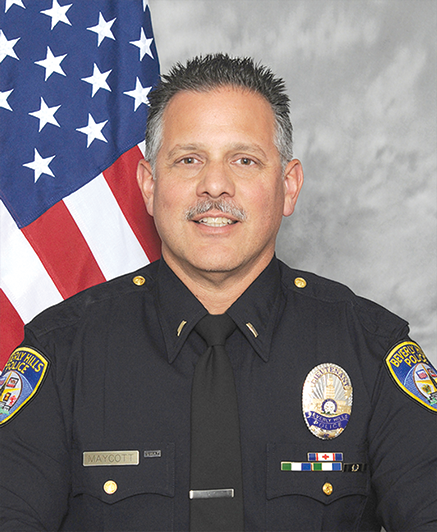 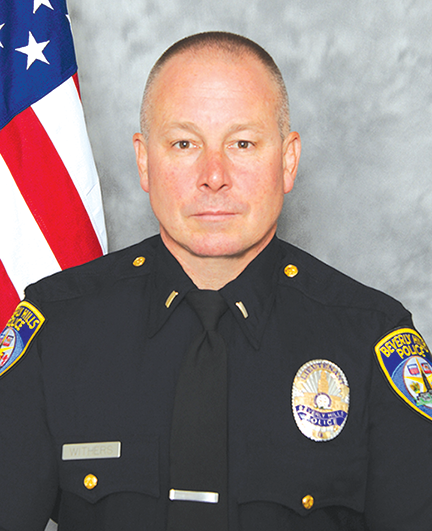 Coopwood said the Beverly Hills Police Department routinely trains for emergencies, including active shooter scenarios, in partnership with the business and school communities, as well as religious institutions. He said a recent training exercise was held in October, but declined to elaborate because the nuances of such operations are confidential to protect safety. Both Coopwood and Withers said the officers’ experiences with the Saugus High School shooting would be used during future training.

“It really shows how much law enforcement comes together when something like this happens,” Coopwood said. “It makes me proud to be in law enforcement.”

Withers added that his response was natural because of his training and the urgency of the situation. He expressed sorrow for the victims of the shooting and the effect it has had on the community, and added that he is ready to respond again if such a situation occurs, wherever he may be.

“With stuff like this, the tragedy of it all, obviously we’d prefer it never happens,” Withers said. “But the ability to take what we learned and what we are seeing and use it to prepare is invaluable. Obviously, the community came together, and that was very reassuring.”

A shift in seismic zoning in West Hollywood