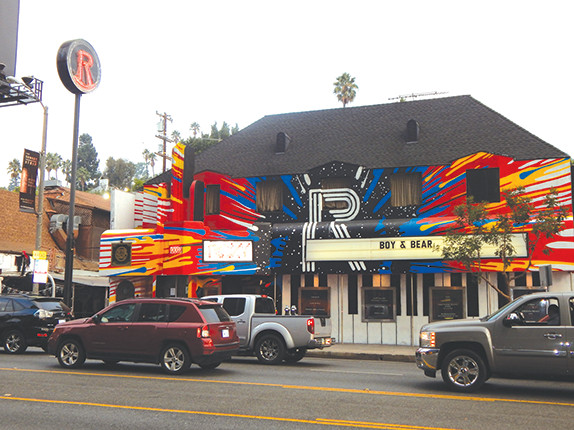 The Roxy Theatre and Rainbow Bar and Grill helped make the Sunset Strip into a famous location in rock ‘n’ roll history. (photo by Cameron Kiszla)

The Roxy, Rainbow and Whisky all played significant roles in rock ‘n’ roll history. The Roxy and Whisky hosted a variety of musicians who were later inducted into the Rock and Roll Hall of Fame, including the Doors, Bruce Springsteen and Neil Young, among many more. The Roxy was also home to the American premiere of the live production of “The Rocky Horror Picture Show.”

Located next door to the Roxy, the Rainbow was a popular hangout for musical royalty. It opened with a party for Elton John, and members of the Beatles, Led Zeppelin and the Red Hot Chili Peppers have spent time at the club.

“I know that this has been a really fun conversation in the community [at the] Historic Preservation Commission,” Councilwoman Lindsey Horvath said. “Now it’s official here at council.”