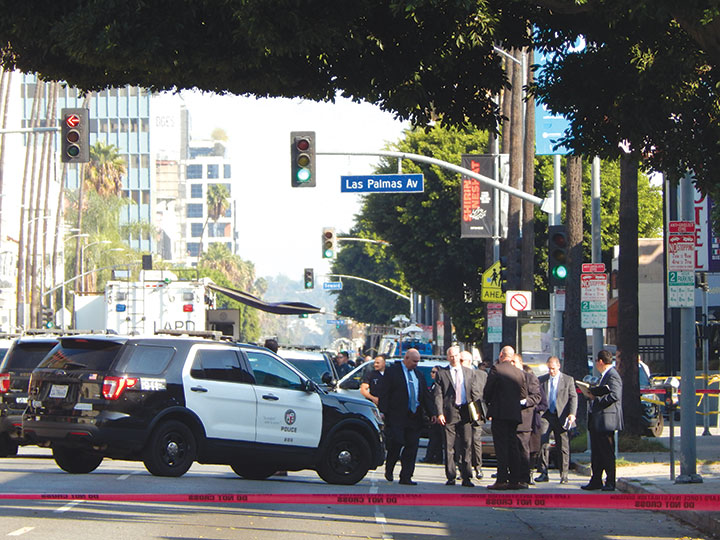 Sunset Boulevard was closed at Las Palmas Avenue on Nov. 25 as police investigated an officer-involved shooting. (photo by Morgan Keith)

Lomeli said officers responded to reports of a robbery suspect armed with a machete, and the officer-involved shooting occurred shortly after they arrived. The suspect was taken to a hospital where he later died.

Police are advising the public to avoid the area near Sunset Boulevard between Highland and Las Palmas avenues. An investigation is ongoing that will likely take several hours, police said.