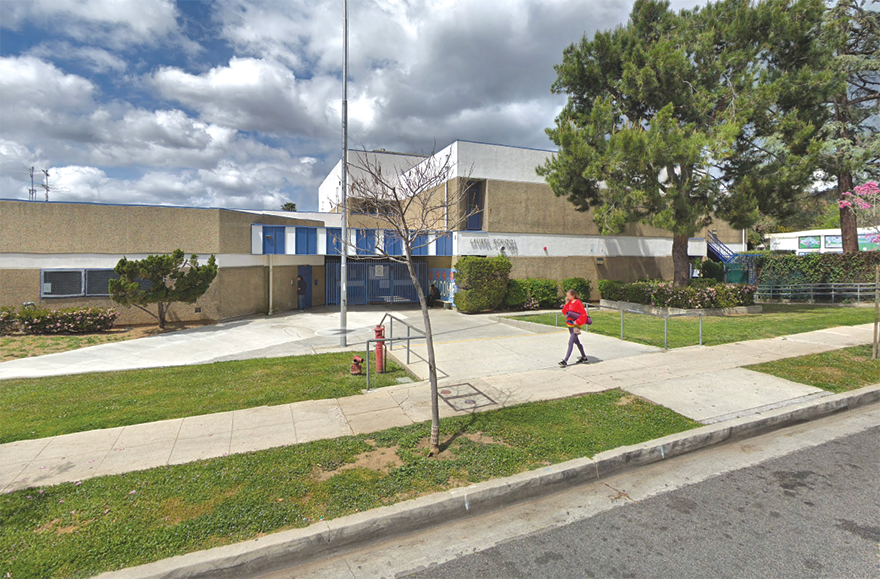 UPDATE: A Nov. 14 letter from LAUSD Board Member Nick Melvoin, 4th District, and Cheryl Hildreth, Superintendent of LAUSD’s Local District West, advised the Laurel community that “the proposed new program will not be located on the Laurel campus.” More information to come in the Nov. 21 editions of the Park Labrea News and Beverly Press.

Laurel Span School has been added as a potential site for a new middle school to serve West Hollywood students.

Los Angeles Unified School District Board Member Nick Melvoin, 4th District, said Laurel Span was identified as an option after the school’s principal, Brian Wisniewski, told him some Laurel parents were interested in their school joining the six elementary schools that are expected to feed into the new middle school. Wisniewski did not respond to requests for more information.

“A very small but vocal minority of folks at Laurel made it clear they didn’t want to be part of the conversation, and they wanted to be left alone, so they were,” Melvoin said.

Melvoin said while the news of potentially interested Laurel parents “threw me for a little bit of a loop, because we wanted to engage Laurel a few months ago,” the school district is happy to receive input from parents from Laurel, which serves elementary- and middle-school students at 925 N. Hayworth Ave. near the border of West Hollywood and Los Angeles.

The plan for the new school, which will be based on recommendations from the LAUSD’s Local District West, is expected to be submitted to the school board this month so the LAUSD board can vote on it in December. 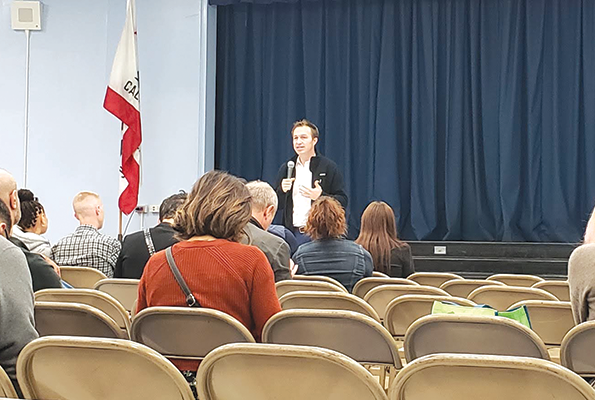 Many of the Laurel parents who are opposed to the new middle school being placed on their campus, or at least still have concerns about that potential outcome, made their feelings clear on Nov. 7, when Melvoin, Wisniewski and school district officials fielded questions from parents in a meeting at Laurel.

Many parents were concerned that if the new middle school were placed at Laurel, it might mean the end of elementary school classes, or it could interfere with the school’s new designation as a magnet school. Laurel Span School will become Laurel Cinematic Arts and Creative Technologies Magnet for the 2020-21 school year.

Robyn Schwartz, parent of a kindergartner at Laurel Span, said the new middle school discussions are simply happening at the wrong time for Laurel Span.

“Laurel was approved as a K-8 magnet and should be able to develop a K-8 magnet without a co-location. I think we’re getting an opportunity to have our school here, and we should have that opportunity. Any other discussions should be at a later point,” Schwartz said.

She compared the magnet school process and the search for a new middle school site as “parallel tracks” that have now come together. If the new middle school were to open fall 2020 at Laurel – it’s expected to enroll 125 sixth-graders in its first year – it might impede the ability of the new magnet program to succeed, Schwartz said. WFHA expects to eventually enroll 360 middle-schoolers.

“That’s why I think people are so blindsided about this, that there could be some potential lack of space, like they are starting with one arm tied behind their back,” Schwartz said.

Melvoin said he understands many of the frustrations and concerns of Laurel parents and acknowledges the public outreach could have been handled better. He added that he’s awaiting the recommendations of Local District West before making a decision, but it’s important that all options be looked into to keep students attending LAUSD schools.

“We have a saying in our office that ‘hard things are hard,’ and trying to create something new and get those families back is difficult. We can’t make everyone happy, but we want to make sure we’re being authentic and benefit the larger community,” Melvoin said.

Hope for homeless rising one unit at a time

As a teacher at Laurel and a resident of this community, I would like to take this opportunity to make some clarifications about your article.

First, it is misleading for anyone to imply that Brian Wisniewski was double-dealing and trying to undermine our new magnet by trying to hand over our campus to this new school on a platter. He has nothing to gain by this (unlike others) and it is completely not in keeping with the person I have known for a decade. I have been working closely with our principal on this magnet project for two years and he has been 100% committed during this entire time.

Third, I don’t think Mr. Melvoin is ever “thrown for a loop.” I think he’s proven himself to be very capable in his position. He knows exactly what he is doing at all times. After all, he has an entire staff dedicated to ensuring that he is kept abreast of all issues in his district.

Fourth, the number of folks at Laurel expressing displeasure with plans to have this new academy take over our campus is definitely not a “small but vocal minority.” The majority of the faculty signed a letter of protest about this plan. There is an active facebook page called “Save Laurel” which has been following this saga. The town hall meetings at Laurel last spring and this fall were very well-attended. We are a small school. Obviously, we are not going to draw hundreds of people to our meetings. Vocal, yes. Proportionally, however, we are anything but a minority.

Happily, I can report that the Laurel community received a letter this afternoon stating that our Magnet is safe. Hopefully, this will remain the case for the foreseeable future and we can move on and build the exciting program which we are currently implementing. However, the community should be aware that Fairfax High School is now dealing with a similar dilemma as we recently faced at Laurel. A Police Academy Magnet and Career Transition Center for special needs students are currently unsure about their future at their current location and status at Fairfax HS. You might want to reach out to people from Fairfax HS to look into that story.

I’d like to remind everyone that there ARE middle school options available in the area: 1. Laurel 2. Bancroft 3. Burroughs. I don’t understand why limited resources are being diverted to create a new middle school instead of trying to bolter already-existing programs. Also, I am still baffled about individuals who stormed out of a community meeting at Fairfax HS regarding this new academy in October saying that they “were promised Laurel.” Where did they acquire this sense of entitlement to our school? Who made this promise? Why are schools being “promised” to unknown entities without community input?

Shouldn’t we all be concerned about “promises” made without transparency?