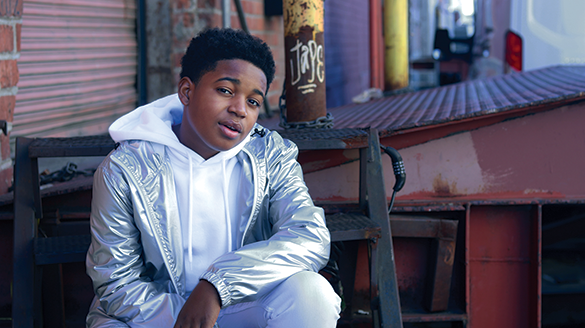 “I’m super excited to be hosting because I attended the event last year and I was blown away by how awesome the performers were while at the same time getting me excited about such a great cause,” said Brown, who will perform two songs at the event.

Contestants ages 13 to 18 years old, who submitted a video of themselves by the Oct. 25 deadline, will be reviewed. The Raise Your Voice 4 Peace planning committee will select five finalists to compete in front of a panel of music industry executives and artists, who will serve as judges. The winner of the competition will win $3,000.

“Raise Your Voice 4 Peace is a way to empower youth to embrace the healthy relationships in their lives in a creative way that they can connect with,” said Angela Parker, director of training and programs for Jenesse Center and Jeneration J. “There is so much power in music and allowing our youth to express themselves in this manner meets them where there are.”

Tickets are $10 for students, $35 for general admission and $150 for VIP, which includes a reception before the event. They can be purchased at eventbrite.com/e/raise-your-voice-for-peace-tickets-75041147091.

I adore (good) superhero movies, but Scorsese has a point