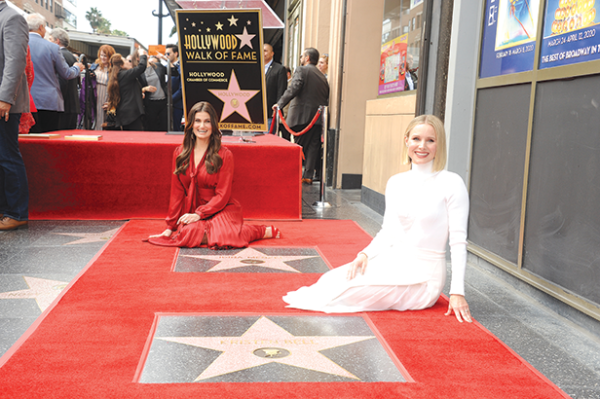 Idina Menzel and Kristen Bell, stars of Disney’s “Frozen” movies, received stars on the Hollywood Walk of Fame in a double star ceremony on Nov. 19. The stars are located at 6225 Hollywood Blvd., in front of the Hollywood Pantages Theatre.

Menzel’s star was in the category of live theater/performance, and Bell was honored in the motion pictures category.

“Frozen,” the Broadway musical, is opening Dec. 4 at the Pantages Theatre.

Hollywood Museum debuts collectibles, props from ‘Back to the Future’ trilogy