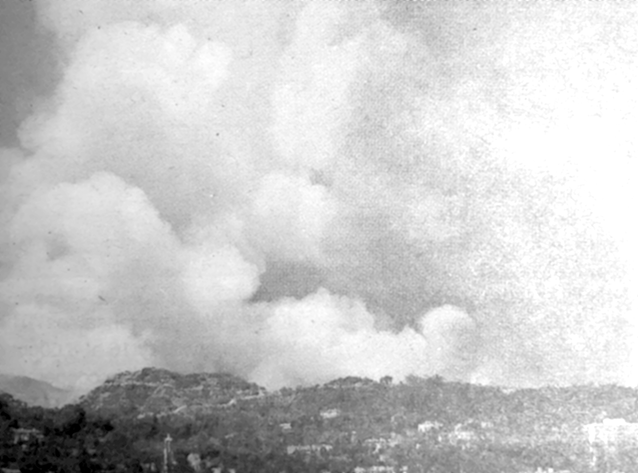 A photograph in the May 10, 2007, issue of the Park Labrea News and Beverly Press showed smoke rising from the Hollywood Hills during a large brush fire that swept through Griffith Park, blackening 820 acres. The fire threatened landmarks such as the Greek Theatre and Griffith Observatory, which were protected by the fire department and did not sustain damage. The blaze, the largest to occur in the park in decades, was largely extinguished within three days. A new fire erupted in the Hollywood Hills near Barham Boulevard on Nov. 9, burning 80 acres of land. No structures were damaged, and the Los Angeles Fire Department declared the blaze nearly completely contained by Nov. 12.