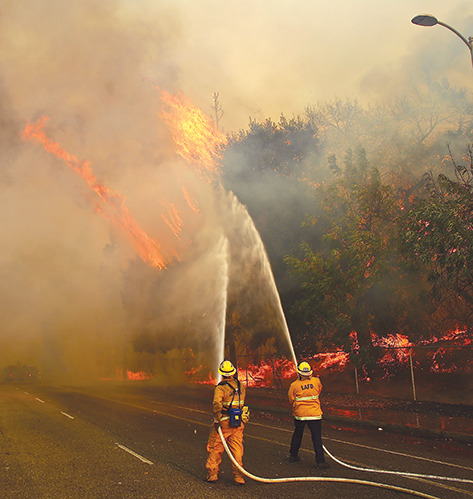 The Los Angeles Fire Department announced that a brush fire that erupted last Saturday near Barham Boulevard in the Hollywood Hills was nearly contained on Nov. 12.

The flames and smoke could be seen for miles last Saturday as crews scrambled to keep the Barham Fire from spreading. The blaze blackened 80 acres of steep terrain in an area east of Barham Boulevard and south of Forest Lawn Drive. Firefighters contained the fire to an uninhabited area west of Forest Lawn Hollywood Hills, and no structures were damaged. The cause remains under investigation.

Firefighters used water-dropping helicopters and aircraft to douse the flames, which were largely extinguished by the morning of Nov. 10. No injuries were reported. Crews conducted “mop up” operations through Nov. 12 to ensure there were no flare-ups, and will continue to monitor the site.

‘SUMMER’ takes the stage at the Pantages