Bringing wildlife back to WeHo 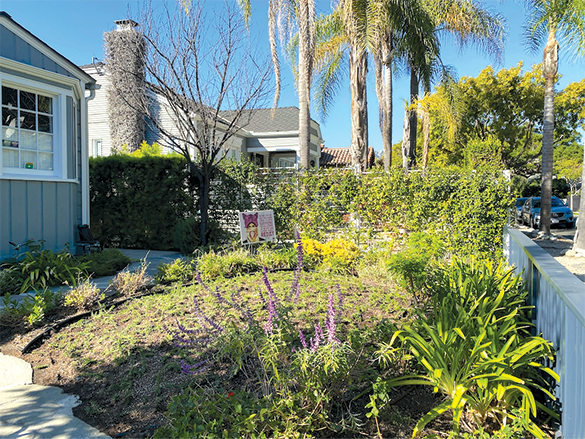 West Hollywood Councilwoman Lauren Meister wants to create certified wildlife habitats across the city like the one in her front yard. (photo courtesy of Lauren Meister)

The garden from which Meister drew inspiration was deemed a certified wildlife habitat by the National Wildlife Federation as part of a program to help remedy local and global habitat elimination.

On Monday, Meister asked that the City Council direct staff to determine appropriate locations, such as public parks, to create more certified wildlife habitats and promote the program through the city’s communication channels.

“If everybody did something small, it’d have a cumulative impact on our environment,” Meister said.

NWF created essential components for applicants to include when constructing the habitats: food, water, cover, places to raise young and sustainable practices.

Applicants must plant three native species or supply three supplemental feeders for birds, squirrels, hummingbirds or butterflies. A water source must also be present in the designated area. Two shelter areas and two nesting areas need to be provided by trees, dense shrubs, nesting boxes or other methods.

When Meister worked on implementing the requirements, she began to notice more wildlife and self-certified her yard as a wildlife habitat through NWF’s application process.

After posting about her certification on Facebook, Bikes & Hikes LA owner Danny Roman asked her how he could participate. Roman suggested that she and Mayor John D’Amico, who co-sponsored the motion, bring the program before the council. They unanimously approved giving the direction to city staff.