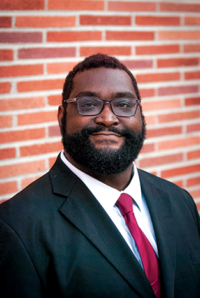 Gay Men’s Chorus of Los Angeles, one of the country’s longest-running and largest LGBTQ arts organizations, announced that Ernest H. Harrison has been appointed music director and conductor.

“I am so excited to join this beloved organization and inspiring group of men who have given so much to so many for more than 40 years,” Harrison said. “From my earliest musical experiences, I have always believed that what we do as musicians saves lives, and the work that GMCLA does – on and off the stage – exemplifies that belief.”

Harrison was selected after a months-long search and will lead GMCLA in “The California Sound” on April 4 and 5, at the Alex Theatre. He will make his Walt Disney Concert Hall debut on Saturday, July 18, when he conducts GMCLA’s Gala Concert, “Queen / Of The Night.”

Harrison, who is about to receive his doctorate in choral conducting from the University of Southern California, is the associate conductor for the National Children’s Chorus Concerto Ensemble and Beverly Hills Presbyterian Church, as well as the conductor for the Pasadena Conservatory of Music’s Cantare Chamber Choir. He also teaches private voice for the choral department at USC and has taught undergraduate choral conducting.

“I am delighted that Ernest Harrison is joining GMCLA as Music Director & Conductor,” said Lou Spisto, GMCLA’s executive director. “He’s an inspiring musician, conductor, and educator with a passion for reaching people through music who will help lead this great chorus of over 250 men and help us engage even more with this remarkable community.”