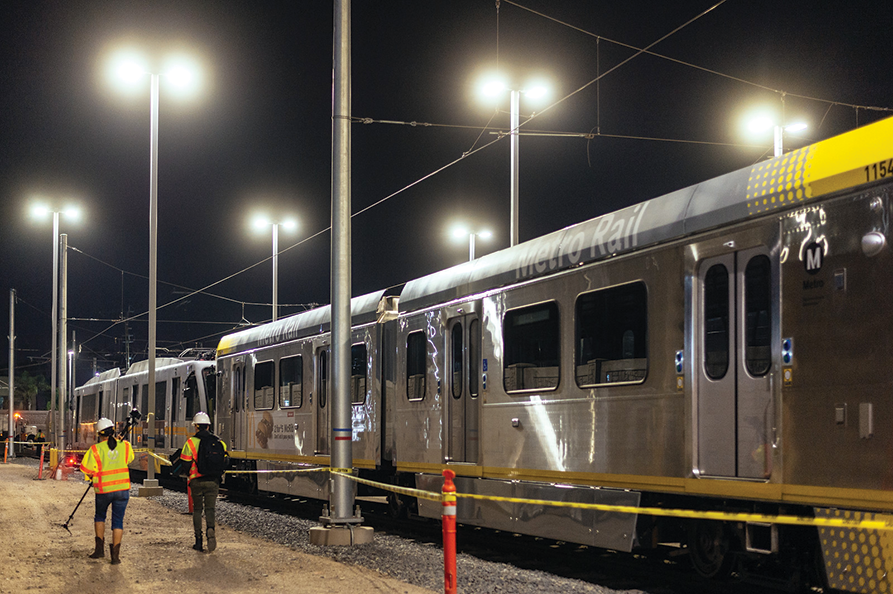 West Hollywood may have to contribute approximately $1 billion to accelerate the Crenshaw Northern Extension. (photo courtesy of Metro)

Bringing more public transportation to West Hollywood could cost the city approximately $1 billion, and city staff and one of the city’s consultants laid out potential funding sources that show how West Hollywood can achieve that goal.

West Hollywood would like Metro’s planned Crenshaw Northern Extension rail line, which will connect the Expo Line, the planned Purple Line Extension, the Green Line and the Red Line, to come through the city. Currently, the project isn’t planned to break ground until 2041, and it’s not expected to be complete until 2047. However, with the right funding – a commitment of up to 25% of the capital costs of the project in West Hollywood – Metro could accelerate the schedule by as much as 20 years.

On Oct. 7, city staff and consultant Amitabh Barthakur, partner with HR&A Advisors, told the City Council that West Hollywood should be able to contribute more than enough to advance the project’s timetable.

Barthakur identified four funding sources. Metro will return some of the money it raised through Measures R and M to the jurisdictions from which it was collected, and it could total approximately $48 million. A potential sales tax increase – as much as an additional 0.75% – could net West Hollywood as much as $447 million. Profit-sharing agreements for advertising in the subway stations could provide as much as $65 million to the city. And an enhanced infrastructure financing district – which would capture up to half of the increase to property taxes the project would create within a half-mile of the new rail line – could produce $573 million for the rail project and affordable housing, and that number could rise even further if the city and county of Los Angeles decide to join the effort, increasing the size of the EIFD.

City staff was optimistic that the city and county might join, as Los Angeles City Council President Herb Wesson, 10th District, has supported the acceleration in an op-ed in the Los Angeles Times, and County Supervisor Sheila Kuehl, 3rd District, has expressed interest in working with West Hollywood.

Without the city and county joining the EIFD, West Hollywood could still raise as much as $1.1 billion by 2065, which should be enough to cover the contribution expected to emerge from the city’s negotiations with Metro. The entire project is expected to cost Metro $6.4 billion, and between Metro’s $2.24 billion in Measure M funds, West Hollywood’s contribution and potential help from the city and county, the project stands a good chance of being fast-tracked, Barthakur said. Plus, such solid financial footing and a high number of riders – as many as 91,000 per day – make the project even more likely to receive federal and state grants and loans, Barthakur said, further increasing the viability of the earlier schedule.

“My firm works nationally on a number of transit projects, and when we look at the project’s competitiveness, particularly in attracting state and federal funding, this project is really outstanding,” Barthakur added.

City staff made sure to clarify that this is not a promise of any money from the city.

“We are confident that we have met Metro’s challenge, which was, to quote their previous board report, to ‘demonstrate that a reasonable ability to fund, operate and accelerate delivery of the project exists.’ So it’s not a commitment of funding; it’s a demonstration of capacity,” said David Fenn, associate planner for West Hollywood.

The public speakers were largely supportive of the project, though some concerns were raised by community members and council members alike. West Hollywood resident and former Councilman Steve Martin said he wanted to be sure the council was considering the potential construction impacts, and Mayor John D’Amico wanted to recommend particular routes to Metro. D’Amico said the council is in support of the routes that would travel beneath San Vicente Boulevard, as those would provide West Hollywood the most potential income from an EIFD and would best accommodate the council’s wish for a Metro station at San Vicente and Santa Monica boulevards.

“If we’re sending them a letter that says we can come up with a billion dollars, we should also, in that letter, say what we want to buy with it,” D’Amico said.

Joanna Hankamer, principal planner of capital and special projects for West Hollywood, pushed back, as Metro’s environmental impact report – a contract for which is likely to be awarded by Metro’s board late this year or early next year – will study only two or three routes – narrowed down from the six options that have been presented – and will offer more information about the potential number and locations of rail stations.

In the end, with Hankamer’s agreement, D’Amico and the other council members voted unanimously to offer their preliminary suggestion for a preferred route traveling under San Vicente Boulevard, pending the results of further studies, as part of the letter they sent with the funding information to Metro.

Echoing many of the public speakers, the council members stressed the great need for the project.

“There will be concerns that come up through the construction process … but we know that this is something that is important for our long-term future,” Councilwoman Lindsey Horvath said.