This ‘Joker’ makes for boring cinema 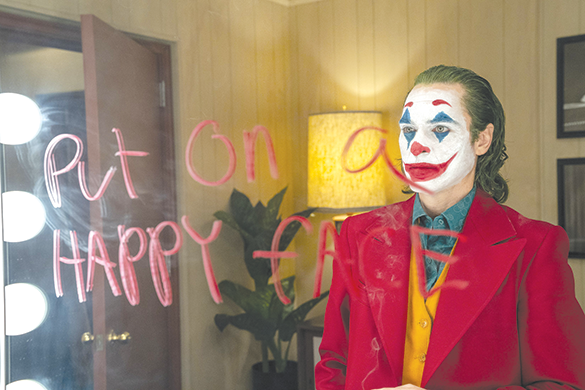 Prior to release, “Joker” remained at the center of several controversies: mass shooting anxiety following the events in Aurora, Colorado, during “The Dark Knight Rises” premiere, general glorification of violence and fear of emboldening incels – a group of self-described “involuntary celibates,” mostly white men online who made the Southern Poverty Law Center’s list of hate groups. None of these concerns amount to much on screen.

Perhaps “Joker’s” most noteworthy political commentary originates with director Todd Phillips’ reasons for jumping ship from raunchy comedies to a supervillain flick. “Woke Culture” took the sting out of comedy, he told Vanity Fair. That’s right, folks: a politically correct public made his films unfunny. To be clear, a director far too familiar with gay slurs who once used full-frontal transgender nudity in “The Hangover Part II” for laughs doesn’t like that he can’t do that anymore. So, he left comedy to create subversive comic book movies, as he describes his intentions for the genre.

While nothing funny actually occurs in “Joker” – not a single humorous moment – the real joke’s on Phillips. His definition of turning the genre on its head apparently means slow-motion dance montages and predictable blocking, twisting hallucinations to on-the-nose dialogue. Drunk on its own importance and aesthetic contribution, “Joker” masks its true face: boredom.

The only saving grace is Joaquin Phoenix’s wacky performance as Arthur Fleck, an original name used in this film. This Joker is a mentally ill aspiring stand-up comic (that bit hails from Alan Moore’s highly controversial “The Killing Joke”) whose day job as a clown only ends in misery. That’s OK. He finds a new murderous calling following some revelations about his past.

Of all the ways to tell this story, to portray the best villain in DC Comics’ library of characters, this is easily the most cliché. We get it. This Joker’s more awkward. He’s pushed to the edge by a vile city. He has clearly identified medical issues. His daddy issues are only surpassed by overbearing mommy problems. “Watchmen” already tried this all. 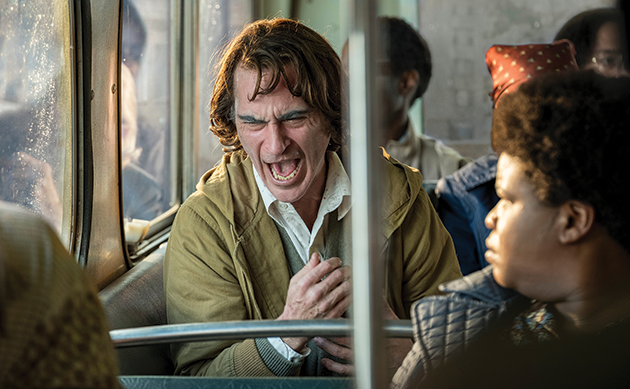 Ever since “The Dark Knight,” the Academy and other major awards haven’t known what to do with superhero media. “Joker” seemed like a good fit as a gritty character study that relies on mood over action. Phillips desperately tries to create this generation’s Michael Corleone with more clown makeup. Alas, an R rating ensures no quality. Dark and gloomy isn’t a recipe for success, but it sure helps a film feel far more important, more lasting, than it really is.

Phillips is like M. Night Shyamalan, a one-hit-wonder who keeps getting gigs in hopes he’ll pop out another golden egg. He struck gold with “The Hangover” but couldn’t develop an original idea for the sequels. History repeats as Phillips once again exploits name recognition. So many melodramatic moments with minimal setup rely more on spectators’ knowledge of the character than what the film effectively does.

The Joker is a compelling figure, and Phoenix a proven talent. Too bad self-indulgent filmmaking and ironic pop song choices straight from the Tarantino playbook get in the way. And that grand finale. After an hour and half, our villain finally embraces his inevitable alter ego, only to provide the most self-serving, generic monologue this year. Quick summary: everyone sucks, so nothing matters. “The Dark Knight” did it better.

“Joker” doesn’t know what it wants to say, so it orders everything on the menu. Blame society. Blame mom. Blame all those youths and Wall Street types. Blame mental health (that one never ages well or rings true). And nothing invokes realism like a protagonist (or antagonist, here) smoking indoors. Only broken people smoke, so the cliché goes.

Every time an allegedly dark film premieres in the superhero genre (supervillain films count), some online clickbait questions the future of the genre. Does “Joker” mark the end of superhero films? How will “Joker” change superhero cinema? Yawn. “Joker” doesn’t deserve a deep examination or high praise for doing anything that hasn’t already been done. It needs a redo.

What a bitter, misguided attempt at film criticism. You didn’t like the director’s comments because you know he’s pointing at joyless pod people like yourself and thus you’ve used your tiny platform to get revenge. Cheer up, though. I’m sure an all-female reboot of Reservoir Dogs is right around the corner!

Once I received a notification that someone commented on this review, I predicted the brand of petty insults to follow. This might be a modest sized publication, but you found us and decided to target me. Enjoy your day and try to go an hour without saying something sexist.