Remembering the ‘King of Camp and Confetti’ 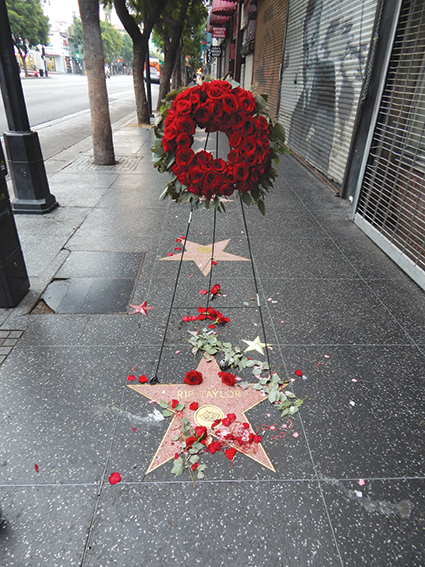 Flowers were placed on the Hollywood Walk of Fame star of comedian Rip Taylor after he passed away on Oct. 6 at the age of 88.

Taylor frequently performed in Las Vegas, on Broadway and on television shows including “Hollywood Squares,” “Late Night with David Letterman” and “The Gong Show.” He also appeared in films like “Indecent Proposal” and in spoofs such as “The Silence of the Hams.”

Taylor’s star, which was awarded in 1992 in the live performance category, is located at 6626 Hollywood Blvd. For information, visit walkoffame.com.