VINTAGE: Plan would have brought Metro rail through WeHo 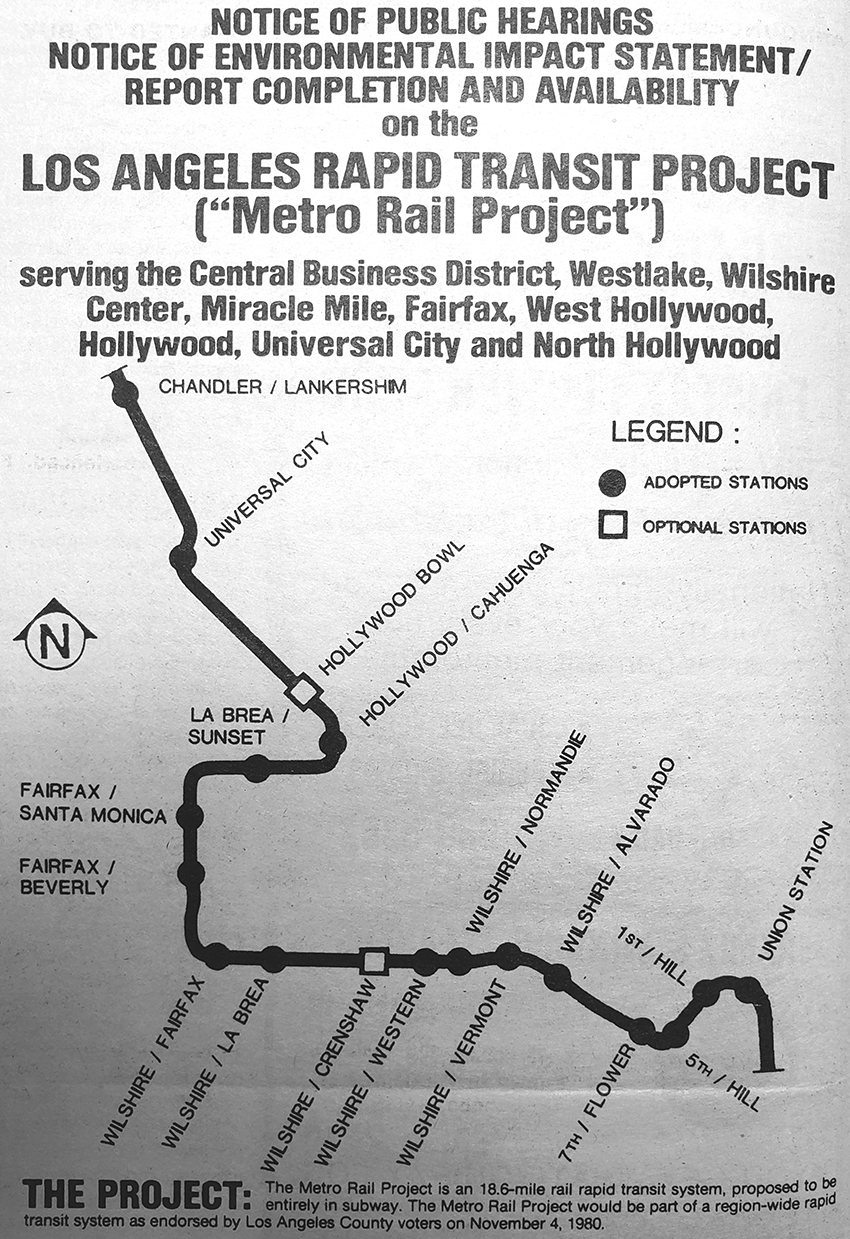 A public notice published in the June 9, 1983, issue of the Park Labrea News showed the proposed route for the Los Angeles Rapid Transit Project, which was to be the city’s first “Metro Rail Project.” The route extended from downtown Los Angeles along Wilshire Boulevard to Fairfax Avenue, where it turned north toward Sunset Boulevard and then east toward Hollywood and Cahuenga boulevards before proceeding north to Universal City. The route was never adopted, with officials opting instead for a subway line extending north from Wilshire/Western and west through Hollywood before turning north toward North Hollywood. The proposed route that was shown would have served West Hollywood, which is currently considering options for building a Metro rail line that would offer service through the city.