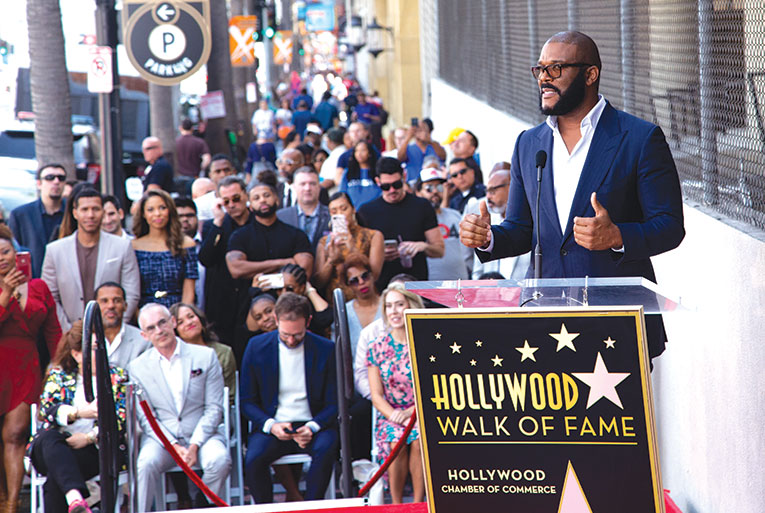 Writer, director, producer and actor Tyler Perry received a star on the Hollywood Walk of Fame on Oct. 1. Perry was awarded a star in the motion pictures category at 7024 Hollywood Blvd., adjacent to the Hollywood Roosevelt Hotel.

Perry, who has created many television series, movies and plays through Tyler Perry Studios and acted in films like “Gone Girl” and “Vice,” is perhaps best known for the films and plays he writes, produces and directs featuring the character Madea, a wise-cracking grandmother he also portrays.

Helping Los Angeles City Councilman Mitch O’Farrell, 13th District, and emcee Rana Ghadban, president and CEO of the Hollywood Chamber of Commerce, unveil the star were actors Kerry Washington, Idris Elba and Crystal Fox. Casts from Perry’s shows “The Oval,” “Sistas,” “The Haves and Have Nots,” “Too Close to Home” and “Love Thy Neighbor” were on hand for the celebration as well.