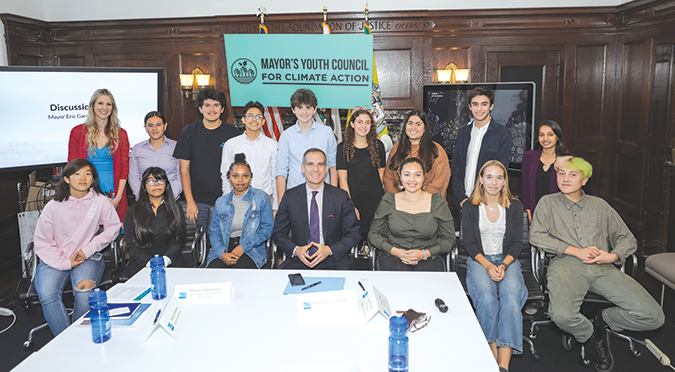 The councilmembers – 16 students ages 16 to 22 from the LAUSD, L.A. Community College District and local universities – discussed plans and objectives for the year ahead to help influence decisions and raise awareness about climate action, encourage more young people to get involved and eventually kick off a coordinated campaign with the mayor’s office to address climate change.

“We are here to listen to each other’s stories and learn from each other’s diverse perspectives,” read a statement issued by the council after its first meeting. “Our job is to fight environmental inequality, make structural change in our city, appeal to people in positions of authority and gather tools to take back to our communities so we can mobilize and organize our peers. We believe that climate change is everyone’s problem and that we cannot take life on earth for granted.”