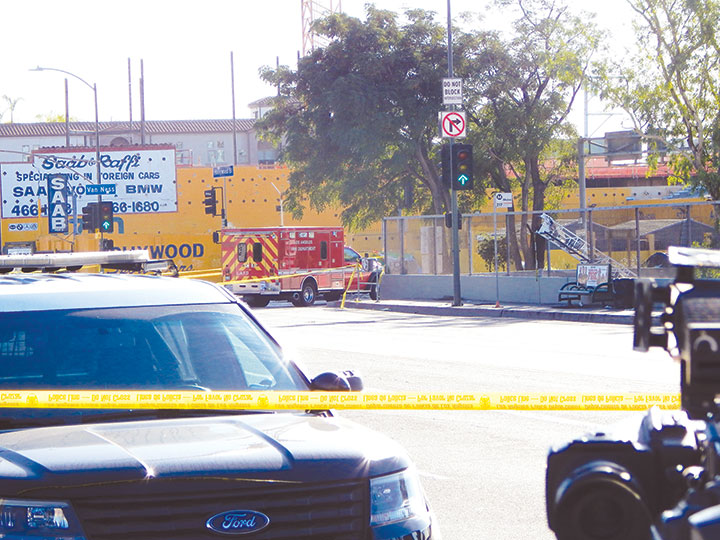 Authorities coaxed a man to safety after he threatened to jump off a bridge onto the Hollywood Freeway on Oct. 29. (photo by Cameron Kiszla)

An unidentified man who authorities said was threatening to jump from the Hollywood Boulevard overpass onto the 101 freeway on Oct. 29 was taken into custody at 9:50 a.m. after being on the side of the bridge for nearly 11 hours.

The Hollywood Freeway was closed at 11 p.m. on Oct. 28 after authorities received reports of the man on the side of the bridge. Los Angeles fire and police department personnel attempted to coax him to safety. Police department negotiators arrived and stayed with him for hours until he surrendered.

The freeway closure caused extraordinary traffic congestion in the surrounding area during the morning rush hour commute. At least one southbound lane of the freeway was opened shortly after 9 a.m., and the full freeway reopened at approximately 10 a.m.

Los Angeles Fire Department spokeswoman Margaret Stewart said the man was experiencing a “behavioral emergency.” He was transported to a hospital for a physical and mental evaluation.

No one injured in shooting involving WeHo sheriff’s personnel