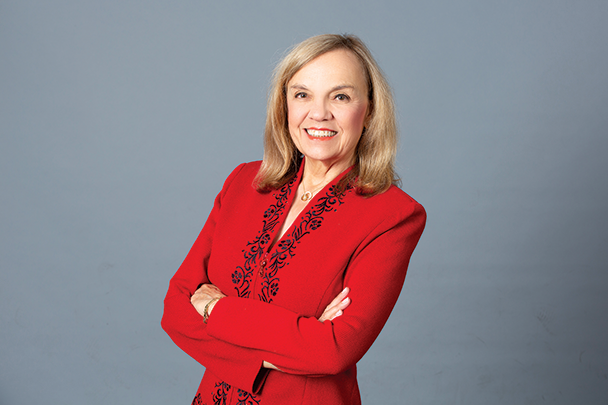 The Music Center Board of Directors announced that Cindy Miscikowski, civic leader, philanthropist and former Los Angeles City Council member, took the gavel as its chair, effective with the board’s Oct. 16 meeting. Miscikowski has served as vice chair of the board since 2017 and as chair of numerous committees and task forces since she joined the board in 2006. She succeeds Lisa Specht, who held the position of board chair since 2013 and was instrumental in advancing the recent $41-million Music Center Plaza renovation.

Among her first duties as chair, Miscikowski announced the board of directors’ unanimous decision to extend the existing contract of president and CEO Rachel S. Moore through 2024.

“I am honored to become chair of the Music Center at a pivotal time for the organization, on the heels of the opening of our beautiful new plaza and as we work to redefine what it means to be a performing arts institution of the 21st century,” Miscikowski said. “I am also thrilled to be partnering with Rachel Moore, who is a visionary leader and the one articulating the Music Center’s unique value and its vision to serve the many communities in Los Angeles by deepening the cultural lives of every Angeleno.”

“Exciting things are happening at the Music Center, and it’s a wonderful time to be a part of a fantastic team that stretches from the mail room to the board room,” Moore said. “Guided by our new strategic plan and vision to champion the arts for all people, we are committed to all in the county and have wholeheartedly embraced our responsibility as a cultural anchor and vital civic institution in the heart of Los Angeles.”

Since Moore assumed the role of president and CEO of the Music Center in October 2015, she established a new institutional structure that includes TMC Ops and TMC Arts, which helped position the organization to embrace both its operational and artistic roles. She was also key to the fundraising of the plaza’s renovation and instrumental in securing the Los Angeles County Board of Supervisors’ financial support. After a 20-month renovation, the plaza reopened on in August.

“Having Cindy Miscikowski and Rachel Moore at the helm of the Music Center gives me confidence about the future of arts for all in L.A. County. I look forward to working with them and the Music Center to eliminate barriers and ensure greater access to the arts by increasing diversity, inclusion and engagement,” said Los Angeles County Supervisor Hilda L. Solis, who represents the 1st District, which includes the Music Center.

Fun for all ages in Griffith Park