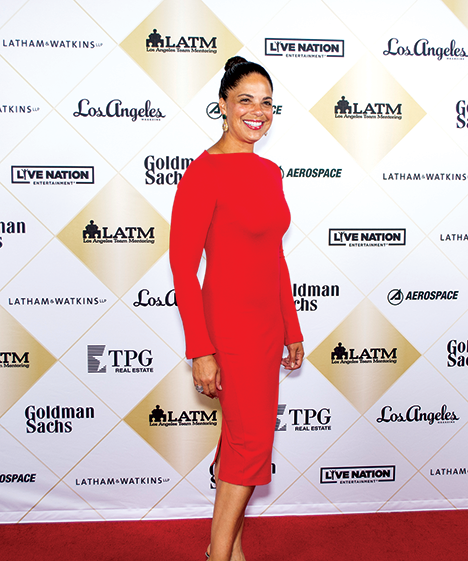 Emmy and Peabody Award-winning journalist Soledad O’Brien and Screen Actors Guild Award-winning star of “This Is Us,” Jon Huertas, were honored at the Los Angeles Team Mentoring 21st Annual Soiree celebration with the annual Humanitarian Award and Dream Big Award, respectively. Twenty-seven years after the L.A. riots, LATM celebrated its anniversary at the gala, which was held on Oct. 3 at the Beverly Wilshire in Beverly Hills. The evening raised over $850,000.

Also honored was the Aerospace Corporation, receiving the Outstanding Service to the Community Award for its commitment to social responsibility.

“We are so thrilled to have Jon Huertas and Soledad O’Brien here this evening,” said Maria Melton, executive director of LATM. “Many of the middle school students in the LATM program do not have the family security and support every boy and girl must have in order to become confident adults who can pursue their dreams. Jon and Soledad both exemplify the spirit and dedications that so perfectly illustrate how the LATM program successfully directs thousands of challenged youngsters to dream big. They are true examples of dreaming big, and are a big inspiration for our students.”