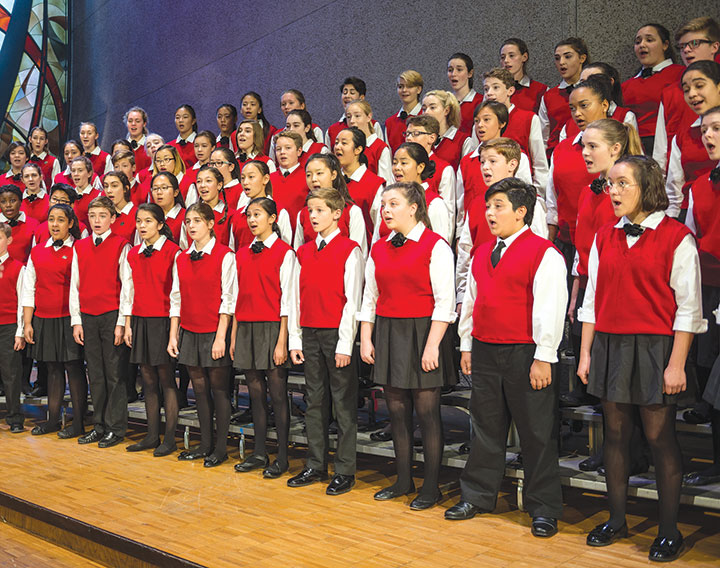 “Los Angeles Children’s Chorus has become such an outstanding choral organization because of the rigorous music training the choristers receive in a fun and supportive environment,” Malvar-Ruiz said. “Our young singers come to rehearsal extremely well prepared because they have a solid musical foundation that enables them to actively participate in – and understand – the creative process. Every chorister takes group and private vocal classes at LACC and also receives extensive music theory training, based on the Kodály method. As a result of their music literacy, choristers read music, understand harmonic progressions and are well versed in music terminology, all of which makes rehearsal a joyful, collaborative process that enables the singers to tackle challenging and varied repertoire, helping them to grow as artists and musicians.”

Since joining LACC two years ago, Malvar-Ruiz has redoubled efforts to ensure the choristers’ experience is enriching, enjoyable and rewarding. Highlights of the upcoming season include appearances in LA Opera’s productions of “La Boheme” and “Magic Flute,” both led by James Conlon at the Dorothy Chandler Pavilion, and a featured performance of Britten’s “Ceremony of Carols,” led by Malvar-Ruiz, on the Los Angeles Philharmonic’s prestigious “Sounds About Town” series at Walt Disney Concert Hall. LACC also appears with the celebrated Tenebrae Choir of London at the Crystal Cathedral in Garden Grove and presents its Spring Concert, as well as a number of community concerts. The season culminates with the Concert Choir’s tour to Spain.

For information and a schedule of performances, visit lachildrenschorus.org.