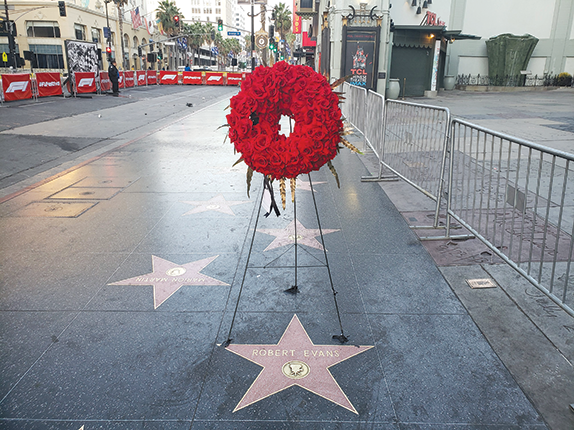 Flowers marked the Hollywood Walk of Fame star of producer Robert Evans, who passed away on Oct. 26 at the age of 89.

Evans was a legendary figure in Hollywood. Though he found some success as an actor, he is best known as a producer and studio executive at Paramount Studios, where he worked on films like “The Godfather,” “Chinatown” and “Rosemary’s Baby.”