Giggles for a cure: Comics entertain at cancer benefit 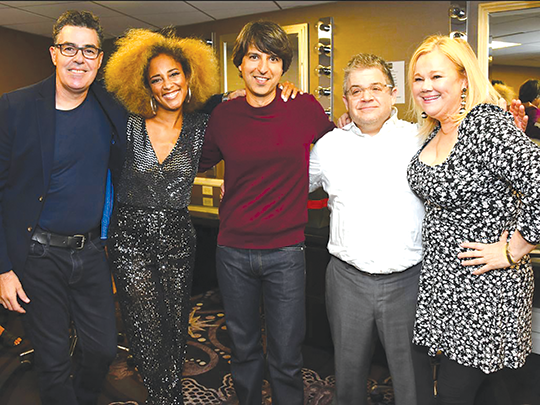 Actor and comedian Ray Romano returned to host an evening of laughs featuring some of the biggest names in comedy to raise money for research to find a cure for multiple myeloma, a cancer of the bone marrow plasma cells, and one of the fastest growing blood cancers. Joining Romano onstage was an all-star lineup of comics including Adam Carolla, Demetri Martin, Kevin Nealon, Patton Oswalt, Caroline Rhea and Amanda Seales.

Proceeds from the event benefit the Peter Boyle Research Fund, named for the actor who died in 2006 after a four-year battle with myeloma. Since the first event in 2007, the annual IMF Comedy Celebration has featured over 50 celebrity comedians and musical performers, and has raised more than $7 million.

No one injured in shooting involving WeHo sheriff’s personnel