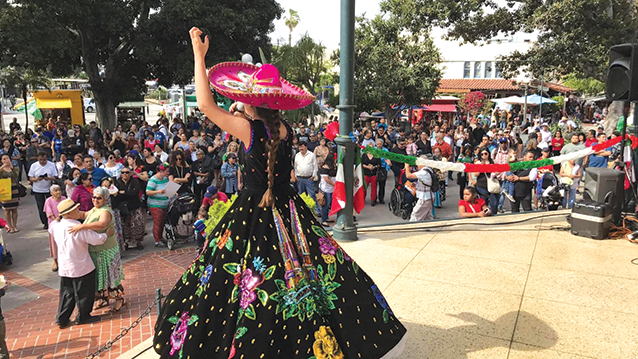 The map, “Latinx Heritage Across Los Angeles,” gives a unique look at some important places, spaces, monuments and institutions that are publicly owned or have been officially recognized by the city as integral to the development of L.A.’s Latinx communities.

“The Latinx presence is deeply embedded in the city’s fabric, from the Eastside to the San Fernando Valley, from downtown to Westlake and beyond,” Galperin said. “This unique map focuses on some of the public places and historical monuments that underscore just how important Latinx communities have been to L.A.’s development in nearly every sphere of life since 44 settlers founded El Pueblo de Los Angeles in 1781.”

On this resource map, users can fully explore the monuments marking where Los Angeles was born, along with historic adobes, churches, sculptures, intersections and restaurants. There is also information on the current number of Latinx city workers, commissioners and elected officials in an infographic released in English and Spanish with the map.