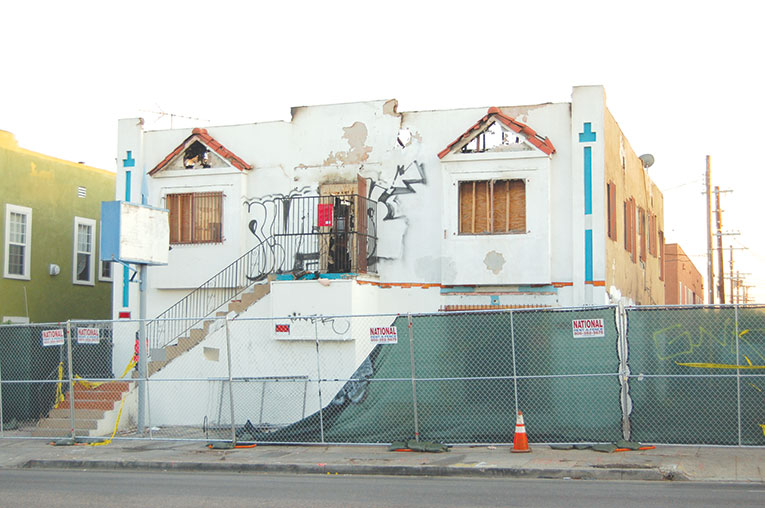 A fire erupted on Oct. 27 in a vacant apartment building on Melrose Avenue just east of Western Avenue, sending approximately 80 firefighters into action. Los Angeles Fire Department personnel received a call at 8:45 a.m. and arrived minutes later to find flames on both floors of the vacant two-story building. Additional resources were requested because of the potential for flames to spread. Due to a potential loss of structural integrity, firefighters battled the blaze from the exterior and extinguished it in one hour and 22 minutes. The cause remains under investigation. No injuries were reported, and there was no estimate of damage and loss.