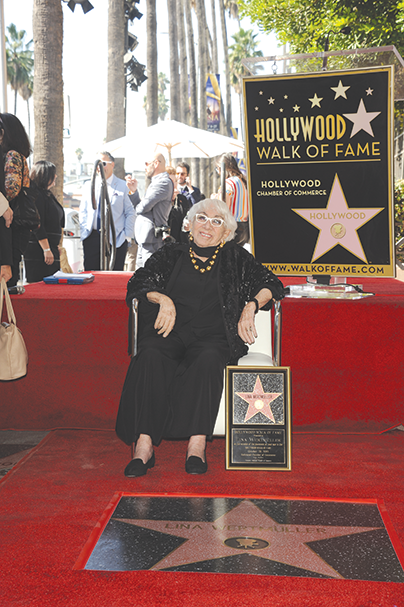 On Oct. 28, director Lina Wertmüller was honored with the 2,679th star on the Hollywood Walk of Fame.

Wertmüller, who in 1977 became the first woman nominated for an Academy Award for Best Director for her film “Seven Beauties,” was also recently awarded an honorary Oscar by the Academy of Motion Picture Arts and Sciences. Other Wertmüller films include “The Seduction of Mimi,” “Love and Anarchy” and “Swept Away.”

Wertmüller’s star in the category of motion pictures is located at 7065 Hollywood Blvd.

‘Jeopardy!,’ ‘Wheel of Fortune’ producer to get Hollywood Walk of Fame star