Driver wanted for hit-and-run in Koreatown 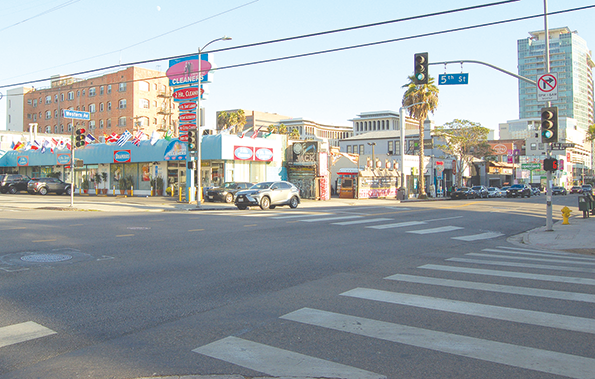 Police are seeking information that will lead to a driver who struck a pedestrian just west of Western Avenue and Fifth Street. (photo by Edwin Folven)

Investigators from the Los Angeles Police Department’s West Traffic Division are searching for a driver who allegedly struck a pedestrian in Koreatown on Oct. 5 and fled the scene.

The victim was struck at approximately 4:50 p.m. while crossing Fifth Street just west of Western Avenue, according to witnesses. The vehicle was described as a black Hyundai Elantra sedan or similar vehicle.

Police declined to provide any information about the pedestrian other than the victim was taken to a hospital and remains in critical condition. The investigation is ongoing, and detectives have been reviewing surveillance camera footage from the area.

A $5,000 reward is available for information about the driver that leads to an arrest and conviction.