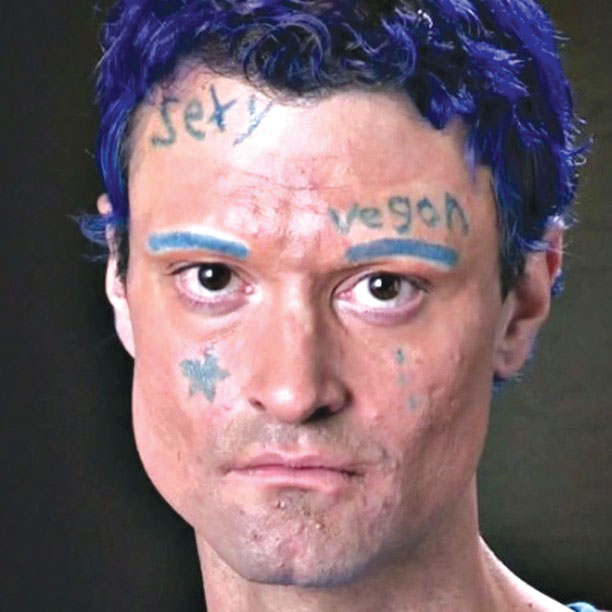 A 37-year-old West Hollywood man has been arrested and charged with sexually assaulting a dog he owns and posting footage of the incident on social media.

The defendant, who has legally changed his name to Sexy Vegan but was previously known as Hansel DeBartolo, was arrested on Sept. 24 after a civilian notified authorities about a social media post depicting animal abuse. The post has since been taken down, and authorities declined to identify the social media platform.

Authorities determined the defendant had recently been staying in a home in Newhall, and deputies from the Santa Clarita Valley Sheriff’s Station served a search warrant at the house and arrested the suspect. Los Angeles County Animal Control officers took two dogs from the residence, said Lt. Ignacio Somoano. The crime is believed to have occurred in Newhall.

“He had posted a video on a social media platform that appears to be an act of bestiality,” Samoano added. “The video was brought to our attention. We secured an arrest warrant and search warrant, and he was arrested.”

Samoano did not know how long the defendant had been staying in Newhall. The Los Angeles County District Attorney’s Office identified him as a West Hollywood resident and said he is charged with one misdemeanor count each of sexual assault on an animal and posting obscene matter.

Sexy Vegan’s profile on IMDb says he moved to West Hollywood in 2016 from a Chicago suburb and legally changed his name. He also had “Sexy Vegan” tattooed on his forehead and chest. The defendant previously appeared on the “Dr. Phil“ show in 2017 and was escorted out of the studio after going on a rant. The defendant was released from custody on Oct. 1 on $35,000 bail. He is expected to appear in court on Oct. 10.

A century of serving Hollywood’s stars

I saw this nutbag on dr Phil with his parents. Dr Phil was trying to have him understand, think & act Sensibly .That’s impossible with schizophrenia. why do they let mentally ill people just fend on their own. Nothing good can come of that.