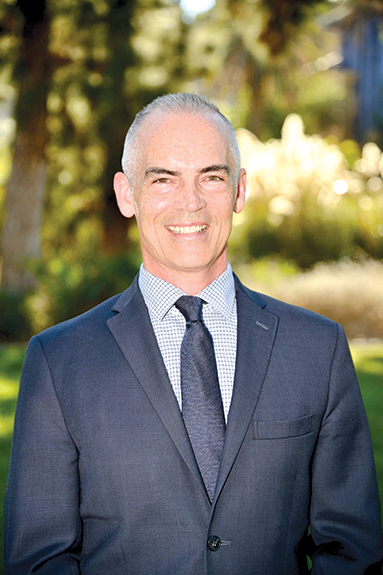 The Los Angeles City Council approved a pair of motions on Oct. 15 to prevent no-fault evictions and rent gouging before a new state law takes effect early next year.

Assembly Bill 1482, written by Assemblyman David Chiu (D-San Francisco) and signed by Gov. Gavin Newsom on Oct. 8, limits rent increases to 5% plus inflation and bars no-fault evictions in many apartments once it goes into effect on Jan. 1.

Before then, however, landlords are serving 60-day notices to vacate to tenants so that the units can be rented at higher rates, according to multiple public speakers at the Oct. 15 City Council meeting. Multiple council members said they’d received similar reports.

“Up and down my district, I have fought landlords trying to kick out long-term tenants for no reason,” said Councilman David Ryu, 4th District.

The motions were also amended to request that, as much as legally possible, the no-fault eviction ordinance be retroactive to Newsom’s signing of the bill, and that city staff explore eviction prevention and rent relief programs for city residents who do not meet the requirements for homeless services.

“Landlords should not be able to evict tenants in good standing simply to avoid the protections against rent gouging the new law would provide. Therefore, it is absolutely crucial that the city implement new strategies to keep people housed,” O’Farrell said.

As emergency ordinances, the motions will skip the committee stage and return to the full City Council for voting at the next meeting, Oct. 22. The council is on recess Oct. 16 and 18.

Multiple council members spoke of the need to move quickly, though some spoke of moving more quickly than others. Councilman Gilbert Cedillo, 1st District, suggested the council enact an ordinance the same day, though Deputy City Attorney Strefan Fauble said moving too quickly would be “a recipe for disaster.”

“We should certainly not be drafting a complex ordinance on the fly. There are a lot of complicated issues in here, and if we get it wrong, we will create more problems in the long run,” Fauble said.

Councilman Paul Koretz, 5th District, agreed that the council “can’t take a day more than we have to,” as more landlords could feel emboldened to evict their tenants if they think they’ll lose the chance to do so in the near future. However, he admitted a mistake due to hastiness could have a drastic negative effect.

“If we screw this up, we could be paying for it with the housing of thousands of people we’re trying to protect,” Koretz said.

In the interest of creating an ordinance both “done well” and “done fast,” in the words of Koretz, the Council President Herb Wesson, 10th District, advised Fauble that the council expects the City Attorney’s office to be finished by Oct. 22.

“This council, if it must, will create its own ordinance because the next time we meet, we are going to vote on this,” Wesson said.

How you doin’, Hollywood?