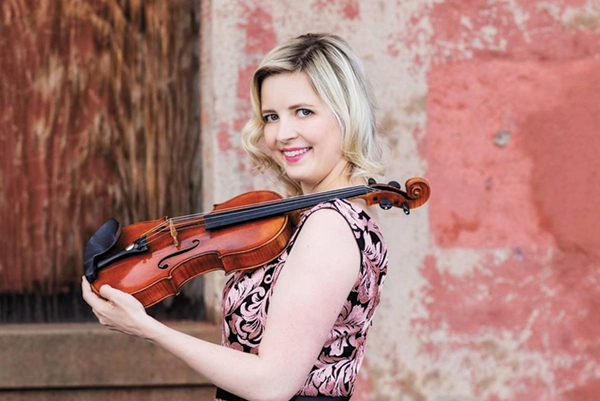 Kathryn Eberle is the new concertmaster for the Hollywood Bowl Orchestra. (photo by Christopher Blackburn)

Eberle, a native of Nashville, began her violin studies at 3 years old. She continued her studies at the Colburn School in Los Angeles and the University of Southern California. She went on to receive her master’s degree from the Juilliard School of Music.

“I am thrilled to be returning to Los Angeles as the Concertmaster at such an esteemed venue as the Hollywood Bowl,” Eberle. Said. “I look forward to working with Maestro Wilkins, world-famous guest artists, and the fantastic musicians of the Hollywood Bowl Orchestra.”

Kathryn is currently the associate concertmaster of the Utah Symphony. She’s performed more than 10 works in her annual appearances as soloist with the Utah Symphony. Other solo appearances include performances with the Los Angeles Philharmonic, the Nashville Symphony, the Louisville Orchestra, the National Academy Orchestra of Canada, and the Bahia Symphony in Brazil.