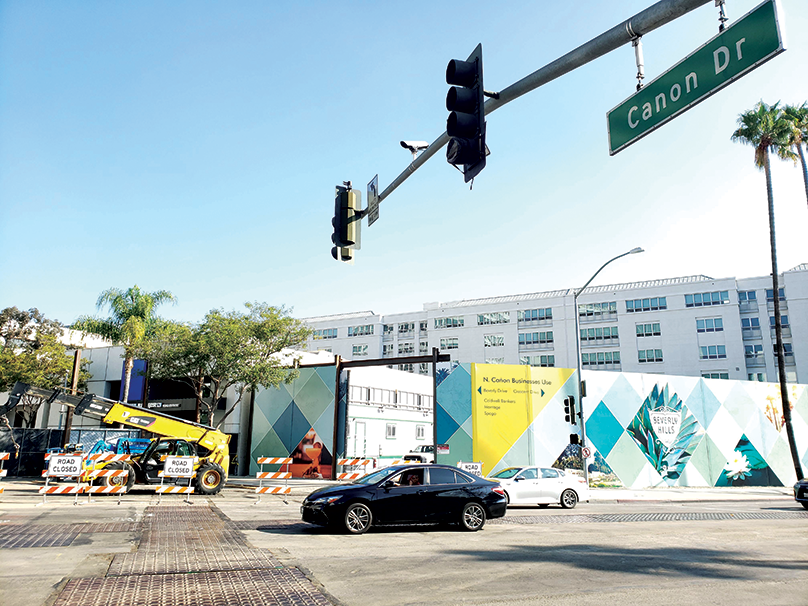 On Oct. 29, the Beverly Hills City Council made clear to concerned property owners and businesses that it has no plans to permanently close Canon Drive as part of the construction for Metro’s Purple Line Extension.

During its study session, the council was presented with the opportunity to add potential alternative locations for the Wilshire/Rodeo Station North Portal to its environmental impact report. The draft EIR will be released for public comment in March or April, while the final EIR is expected to return to the City Council for certification in September 2020.

The council members want the station, to be located south of Wilshire Boulevard near the intersection with South Reeves Drive, to connect more directly to the commercial areas north of Wilshire, such as Rodeo and Canon drives. The city and Metro will split the cost of designing and constructing the portal.

To accomplish that goal, the environmental impact report will study sites on the west side of North Beverly Drive, the west side of North Canon Drive and the North Canon Drive staging yard. Through the scoping process for the EIR, however, five stakeholders asked the city to look into additional portal options that would close North Canon Drive and create a cul-de-sac to create pick-up and drop-off points for the subway station, making permanent the temporary closure that is already in place, said Susan Healy Keene, director of community development for the city.

Multiple owners of business and property on the street said they’d already experienced the negative impacts of that closure and attended the study session to register their opposition to the idea, with many speakers stating they’d lost tenants and revenue.

Canon Drive property owner Joseph Shabani said one “extremely major international restaurant” has already postponed opening on Canon Drive because of the ongoing temporary closure, though he declined to name the business.

“Canon has always been the stepchild to streets like Rodeo Drive. It’s just having its resurgence now … don’t kill Canon please,” Shabani said.

Mayor John Mirisch echoed the business owners’ complaints, arguing against those who might say “it can’t hurt to study” a potential permanent Canon closure.

“If we study it, the businesses will lose business because of it. I don’t think it should be on the table,” Mirisch said.

The council directed staff to continue studying north portal options and look for a way to keep Canon open while creating the type of facility they’d like to see, which might also include bathrooms and security or a police presence.

Multiple council members expressed at least some support for a portal where the city could use the staging yard on Canon Drive and the acquisition of private property at 160 N. Canon Drive to create the portal. Councilman Robert Wunderlich also said the North Beverly Drive option might be the best way to limit further impacts on Canon Drive.

“I believe that we can find a way to make this a win-win with our business community north of Canon by not closing the street … I think we can get there,” Councilwoman Lili Bosse said.

Sunset Strip venue gets the Go Go ahead