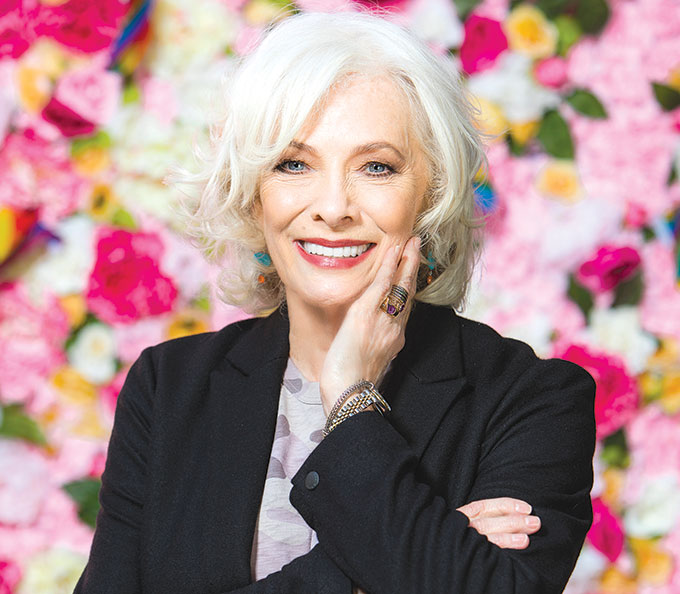 ctress and vocalist Betty Buckley will perform on Nov. 2 at the Saban Theatre in Beverly Hills in a concert also featuring saxophonist Tom Scott. (photo by John Boal)

Legendary actress and vocalist Betty Buckley will perform an exuberant concert featuring music from some of her latest recordings, numbers from her recent appearance in “Hello, Dolly!” and new material on Saturday, Nov. 2, at the Saban Theatre in Beverly Hills.

“I am so fortunate to be on stage with these great musicians,” Buckley said. “I am thrilled to be part of this concert.”

Buckley has been an iconic leading lady in musical theater for years, performing in numerous Broadway shows and other productions such as “Triumph of Love,” “Gypsy,” “Sunset Boulevard,” “The Mystery of Edwin Drood” and “Cats,” for which she won a Tony Award. She recently concluded appearances in the national tour of “Hello, Dolly!”, which had a run at the Pantages Theatre. Buckley has been inducted into the Theater Hall of Fame and has received multiple Tony, Drama Desk and Grammy awards.

Buckley is also an accomplished television and film actress, well known for portraying stepmother Abby Bradford in “Eight is Enough” and later in a reoccurring role in the HBO series “Oz.” She also received Daytime Emmy Award nominations for “Bobby and Sarah” (1984) and “Taking a Stand” (1989). Recent television appearances include “Supergirl,” “The Leftovers” and HBO’s “Getting On.” In 2018, she guest starred as Madame Marie L’Angelle, one of the main villains in season 3 of the AMC hit show “Preacher.”

In film, Buckley co-starred with James McAvoy in M. Night Shyamalan’s box office hit “Split” in 2017. She is also known for many other roles, such as gym teacher Ms. Collins in the classic “Carrie” (1976), country singer Dixie Scott in “Tender Mercies” (1983) and Mrs. Jones in “The Happening” (2008). The multi-talented artist also has numerous recordings including “Story Songs,” “Hope,” “Ghostlight,” “With One Look” and “Heart to Heart.”

At the Saban Theater, Buckley will perform numbers from “Story Songs” and “Hope,” as well as new songs she has recently worked on with her band. Two numbers from “Hello, Dolly!” will be included, as well as a “provocative” sequence she called “songs for the times.” Buckley said she has performed at the Saban Theater previously as part of benefit shows, but the concert will be her first at the venue as the headlining artist.

“It’s a beautiful, beautiful theater, and I am really excited because Tom Scott is performing,” Buckley said. “He is a beautiful saxophone player and an incredible musician. He will also come on and do a couple of songs with us.”

Scott added that he is also excited about the concert and is looking forward to performing with Buckley.

“I’ve witnessed Betty Buckley’s multi-faceted success with high regard. Having known her for longer than either of us would care to admit, it will be a pleasure to join her for the first time at the Saban,” Scott said. “I start the evening with some jazz standards featuring singer Billy Valentine. Both of us will join Betty later during her set. I look forward to a joyous celebration of great music.”

Buckley added that audiences are in for a beautiful evening.

“I hope they have a good time and hope they enjoy the music,” she said. “I think it will be a wonderful performance.”

The concert begins at 8 p.m. on Nov. 2 at the Saban Theatre, 8440 Wilshire Blvd. For information, visit wheremusicmeetsthesoul.com and saban.theater.