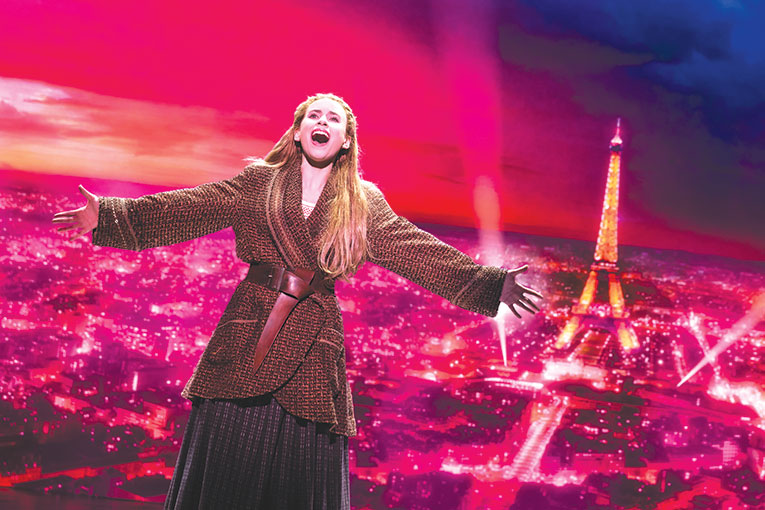 Lila Coogan stars as Anya in a new production of “Anastasia.” (photo by Matthew Murphy)

Hollywood Pantages Theatre presents the Los Angeles premiere of “Anastasia” running from Tuesday, Oct. 8 through Sunday, Oct. 27. The Broadway production comes to Los Angeles after touring over 30 cities since debuting in 2018.

“Anastasia” transports audiences from the twilight of the Russian Empire to the euphoria of Paris in the 1920s as a brave young woman, Anya, sets out to discover the mystery of her past. Pursued by a ruthless Soviet officer determined to silence her, Anya enlists the aid of a dashing conman and a lovable ex-aristocrat. They embark on an epic adventure to help her find home, love and family.

Showtimes are 8 p.m., Tuesday through Friday; 2 and 8 p.m., Saturday; and 1 and 6:30 p.m., Sunday. “Anastasia” is recommended for audience members ages 7 and older; children under 5 will not be admitted to the theater.

Tickets start at $39. The Hollywood Pantages Theatre is located at 6233 Hollywood Blvd. For tickets and information, call (800)982-2787, or visit hollywoodpantages.com.

Beverly Hills Temple of the Arts prepares for Yom Kippur