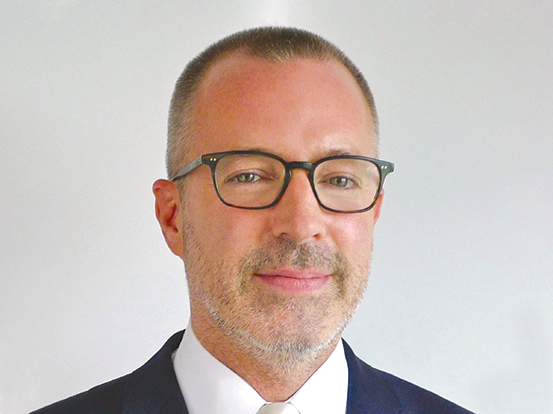 On Oct. 3, the Academy Museum of Motion Pictures Board of Trustees announced that Bill Kramer was chosen to be the museum’s next director. Kramer replaces Kerry Brougher, whose departure was announced in August.

Kramer, who served as managing director of development and external relations of the Academy Museum from 2012 to 2016, will take the reins as the institution’s new leader on Jan. 1, 2020, guiding its artistic and cultural vision and overseeing the final phase of the museum’s completion.

“The board unanimously welcomes Bill Kramer as the Academy Museum’s new director,” said Ron Meyer, chair of the Academy Museum Board of Trustees and vice chairman of NBCUniversal. “Bill’s experience and influence in the worlds of design, culture and academia, coupled with his institutional knowledge of the museum, position him as an ideal leader to guide the museum to its opening and beyond.”

“We are all very enthusiastic about working with Bill again,” Academy CEO Dawn Hudson said. “He was an early leader of this project – a visionary who shepherded the initial design and construction process and helped define the Academy Museum’s identity … We’re confident he will inspire our creative teams and lead the Academy Museum to successful completion.”

“I have a deep connection to the Academy Museum,” Kramer said. “I am so looking forward to working again with the museum’s creative teams, staff and partners as we prepare to open the doors of our spectacular campus. As I felt when I helped to launch this project, I am confident that we are building the world’s greatest museum experience dedicated to movies.”

During his time at the Academy Museum, Kramer oversaw production of the museum’s very first exhibition, “Hollywood Costume,” which explored costume design in cinematic storytelling, featuring more than 100 iconic movie costumes. The inaugural exhibit welcomed more than 78,000 visitors. Most recently, Kramer served as vice president of development at the Brooklyn Academy of Music, one of America’s most institutionally and programmatically diverse arts organizations, where he led a 45-person team tasked with raising significant private and government funding, overseeing a visual art expansion program and platforming BAM’s growing film program to an international audience.

During his earlier tenure as managing director of development and external relations of the Academy Museum, Kramer served as the chief planning, public relations, advancement, exhibitions and government relations officer for the museum’s pre-construction phase, successfully raising $250 million to move the project into construction and managing the project’s public approvals process.

Remembering the ‘King of Camp and Confetti’