A win for Beverly Hills 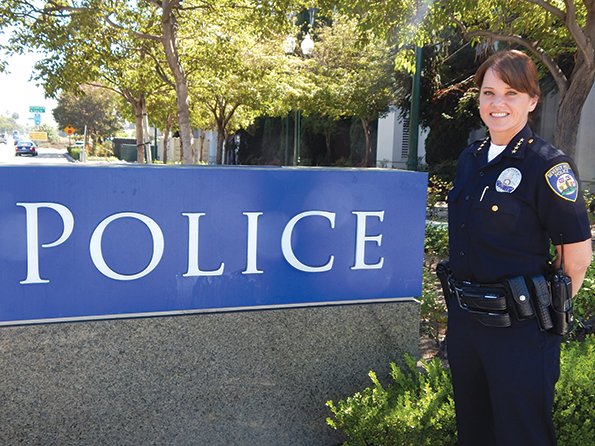 A superior court judge ruled in favor of the city of Beverly Hills and overturned a judgement in a lawsuit claiming harassment and discrimination by Police Chief Sandra Spagnoli. (photo by Edwin Folven)

Davis was among four employees from the police department who had claimed they were discriminated against by Beverly Hills Police Department Chief Sandra Spagnoli in a civil lawsuit. A jury reached the verdict last July and awarded $250,000 to Davis.

The jury found no discrimination against the four plaintiffs but found some statements by Spagnoli qualified as harassment or retaliation, an assertion with which the city disagreed. The city filed a motion contesting the verdict and last week, Judge Elizabeth R. Feffer ruled there was no evidence to support it and overruled the jury’s decision regarding Davis, who will not receive any monetary damages.

“This rarely granted motion is certainly a victory for the city and the chief,” Beverly Hills City Attorney Laurence Wiener said. “Although the jury found there was no discrimination as to each of the plaintiffs, they still concluded there was harassment based on several alleged comments the chief made in 2016. The city disagreed with the jury’s finding these alleged statements rose to the level of harassment, particularly [concerning] plaintiff Davis. Obviously, the judge agreed.”

The ruling did not change the awards by the jury to the other employees in the case – lieutenants Renato Moreno and Michael Foxen and civilian employee Dona Norris, the department’s public safety communications and evidence manager. Moreno was awarded $350,000 and the others $250,000 each. The city also brought a similar motion against the ruling regarding Norris that was not granted by the court.

Davis and the others in the case are among nine plaintiffs who have claimed discrimination and harassment by Spagnoli. Last year, the city settled a lawsuit by former BHPD Capt. Mark Rosen for $2.3 million, and in July settled another lawsuit by former employee Clark Fogg, who worked in the forensics laboratory, for $300,000. In August, the city settled lawsuits filed by Officer Anne Marie Lunsman and Sgt. Scott Dibble, as well as administrative assistant Tania Schwartz, for $975,000.

Attorney Bradley Gage, who represented the plaintiffs, said he is contemplating what to do next in regards to the ruling involving Davis. Gage added that he may appeal the Feffer’s decision to the California Courts of Appeal, and would likely make a decision later this fall.

“The first thing to keep in mind is we won eight other cases either by settlement or verdict. One has been overturned, but the other seven will result in the payment of millions of dollars,” Gage said. “The city of Beverly Hills continues to have a serious problem of harassment, discrimination and retaliation and it appears they are not taking steps to remedy that.”

The Beverly Hills City Council supports Spagnoli, who was hired as chief in 2016. Prior to her hiring, an independent report by Management Partners firm analyzed BHPD policies, hiring practices and disciplinary processes, and made recommendations for improvements. The City Council called for the analysis to improve the department overall, fill vacant positions and boost morale. Representatives of Management Partners appeared before the City Council earlier this year and reported that progress had been made with organization and morale in the police department.

“The city remains committed to a Beverly Hills Police Department that upholds the highest ideals of fairness, dignity and equality,” Wiener added. “This win sends an important message as the department continues to move forward with great success.”