A century of serving Hollywood’s stars 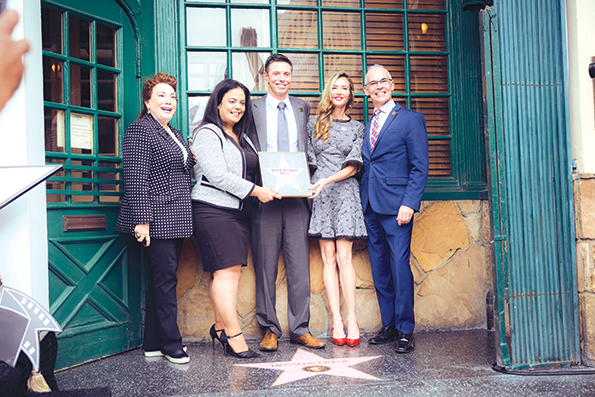 The star-shaped award is the first of its kind given to a restaurant by the Hollywood Chamber of Commerce, which administers the Hollywood Walk of Fame.

The event was held on the 100th anniversary of Musso & Frank Grill opening on Hollywood Boulevard. The award is located at the entrance to the restaurant and adjacent to the Hollywood Walk of Fame.