If Los Angeles enacts the ban and sees similar results as the other cities with a vacancy tax, the effect could be drastic, Bonin said. Oakland’s $6,000-per-vacant-parcel tax is expected to raise $10 million per year, and given the size of Los Angeles, Bonin said the city could collect up to $100 million annually. 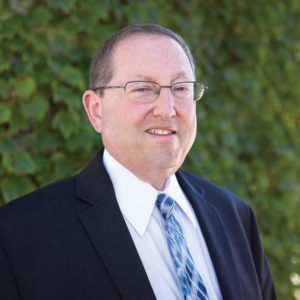 While the money is one reason to support the proposal, Koretz said the effect on the number of available housing units makes the vacancy tax study “the ultimate no-brainer.”

“We’ll bring in a certain amount of funding through this, but the greater goal is to put units back on the market,” Koretz said.

In Vancouver, vacancies decreased 15% as a result of its Empty Homes Tax, and while the exact number of vacant units is not known – proponents say that’s why they need the study – Bonin estimated that the city of Los Angeles contains 100,000 vacant units, a figure that is close to the American Community Survey’s figure of approximately 93,000 vacant homes.

The vacancy tax could help more than just the homeless, Ryu said, as hundreds of thousands of people in Los Angeles use more than half of their paychecks on rent, putting them in danger of becoming homeless in a short amount of time.

“They are one or two paychecks away from being homeless. That’s the true number we should really be focused on, and this is what gets to the heart of that problem [and] will help address that problem,” Ryu said.

Mehmet Berker, Mid CIty West Community Council board member and chair of the Planning and Land Use Committee, said while it’s not accurate to directly relate the number of homeless people to the number of vacant units, a vacancy tax could be helpful in reducing the impact of speculation and second homes in removing units from the housing market.

During the council meeting, Ryu also implied that speculation is keeping housing units off the market.

“This motion isn’t about punishing anyone or being punitive, but we as a city must make it clear that housing is for people, not for investment portfolios.”

In its letter to the Los Angeles City Council, the Mid City West Community Council said having some housing vacancy is healthy and normal as people move and properties are sold. However, if there are units being kept off the market without good reason, the city should know about them. And if the city can find a way to use those vacant units to ease the housing and homelessness crises in Los Angeles, even in “an incremental but nonetheless positive way,” then the city should do so, the letter said.

“We want the city to examine all tools possible to fight the housing crisis, and this may be one of them, so we’re anxious to get studying it,” Berker said.

“We want to see that the city is serious about attacking the housing crisis and about helping our neighbors who are homeless … If it’s a serious policy proposal that has a potential to help people, we’re here for it,” Berker said.

Any potential vacancy tax would have to be put on a ballot, and Bonin said the idea’s proponents are aiming for November 2020. They’ve begun their work more than a year in advance to give the council time to act by the June 2020 deadline for ballot measures for the November 2020 election.

Making an impact, not a profit