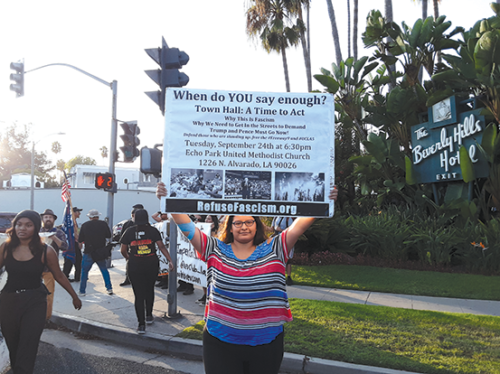 Chantelle Hershberger, an organizer with the group, said she was surprised more people weren’t out protesting the Trump administration and “there’s a lot of complicity in people not standing up against Trump right now.”

“That was really eye opening, that people knew Trump was going to be in Beverly Hills fundraising … there was a small, determined group of protestors but in no way the type of reaction needed for a Trump visit to Los Angeles.”