Tickets for return engagement of ‘Hamilton’ available on Nov. 18 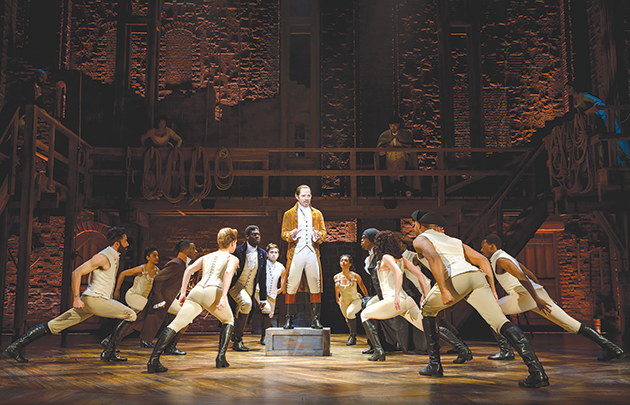 Joseph Morales and company appear in the national touring production of “Hamilton,” which returns to the Hollywood Pantages Theatre from March 12 through Sept. 20, 2020. (photo by Joan Marcus)

Producer Jeffrey Seller and the Hollywood Pantages Theatre have announced that single tickets for “Hamilton” will be available for purchase on Monday, Nov. 18, at 8 a.m.

Tickets, which start at $55, will be available for performances from March 12 through Sept. 20, 2020, and can be purchased by calling (800)982-2787, visiting hollywoodpantages.com, or ticketmaster.com or in person at the Hollywood Pantages Theatre box office, 6233 Hollywood Blvd. A maximum purchase limit of eight tickets per household will be in place for the engagement. A lottery will be held for a limited number of $10 orchestra seats for all performances with details to be announced closer to the engagement.

“Hamilton” is the story of one of America’s founding fathers, Alexander Hamilton, an immigrant from the West Indies who became George Washington’s right-hand man during the Revolutionary War and was the new nation’s first treasury secretary.  Featuring a score that blends hip-hop, jazz, blues, rap, R&B and Broadway tunes, “Hamilton” features book, music and lyrics by Lin-Manuel Miranda, direction by Thomas Kail, choreography by Andy Blankenbuehler and musical supervision and orchestrations by Alex Lacamoire.

For information about the production, visit hamiltononbroadway.com.