Temple is a refuge for all 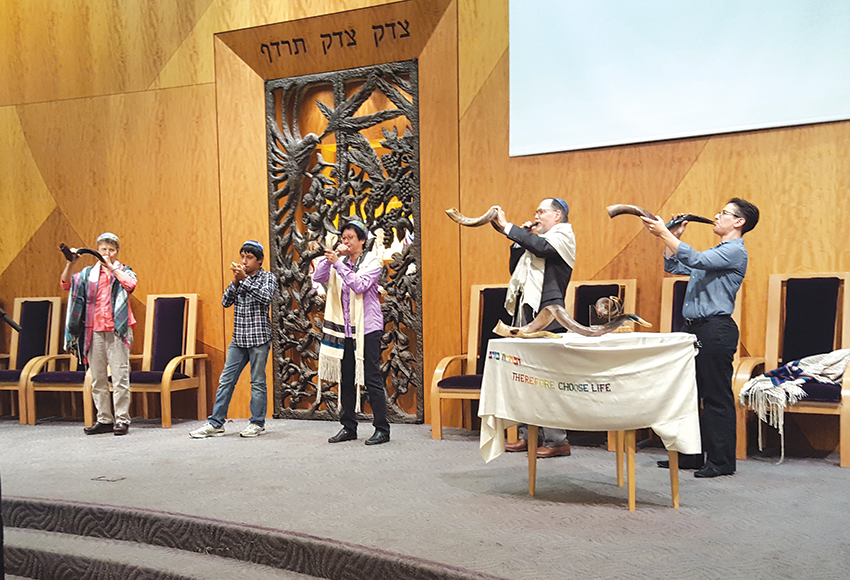 Three years after the 1969 Stonewall Riots in New York City became a catalyst for the LGBT rights movement and sparked a decades-long struggle for equality, a small group of Jews in Los Angeles was determined to make history on its own.

The group was comprised of gay Jews who had struggled to find a house of worship that would accept them. They initially joined the Metropolitan Community Church, a Christian institution in Los Angeles that was the first in the nation to accept gays and lesbians, but as Jews, the Christian church didn’t serve their religious needs. Like other members of the LGBT community, they wanted to create their own unique identity, and from that came Beth Chayim Chadashim, the nation’s first LGBT Jewish temple.

“This is really an incredibly phenomenal synagogue,” said Rabbi Jonathan Klein, executive director of BCC. “We are a reform synagogue with a particular focus on the LGBT inclusion. We cater to those who might not be feeling as comfortable at other synagogues. We are trying to create a balanced congregation for our LGBT members as well as our straight members.”

The temple currently has a 250-member congregation, which has grown over the years from a meager beginning. BCC was started by Jerry Small, Jerry Gordon, Selma Kay and Bob Zalkin, along with future BCC president Tom Johnson. A dozen people responded to their call to create an ad hoc committee to form the temple, and 15 attended the first service on June 9, 1972, in Gordon’s home. An interfaith service was held the following month at the Metropolitan Community Church with the blessing of its founder, the Rev. Troy Perry. From then, weekly Jewish services were held at the church on Friday evenings. By the time the High Holy Days arrived in the fall of 1972, BCC (then known as Metropolitan Community Temple) had 30 members.

The following year, the temple selected its current name, which means “House of New Life” in Hebrew. A fire at the Metropolitan Community Church in 1973 forced the congregation to search for a new home, and they were allowed to hold Friday evening services for 14 months at the Leo Baeck Temple. Once MCC reopened, BCC shared its space downtown. Over the years, the congregation moved to multiple locations, finally settling into a home on Pico Boulevard in 1977. Klein said the temple has been in its current location at 6090 W. Pico Blvd. since 2011.

BCC has always strived to serve the needs of all members of the Jewish community and continues that tradition today. The synagogue welcomes Jews of all ages and backgrounds at services and also holds family and educational programs.

Excitement is currently building around the High Holy Days, which begin at sunset on Sunday, Sept. 29. Because of limited space in its temple, BCC is holding High Holy Days services at Temple Isaiah, 10345 W. Pico Blvd.

Klein encouraged anyone who is interested in learning about or joining the congregation to visit bcc-la.org. He added that BCC is a welcoming place where all people can feel comfortable in worship.

“We are committed to all Jews,” Klein said. “We have a delightfully empowered group.”