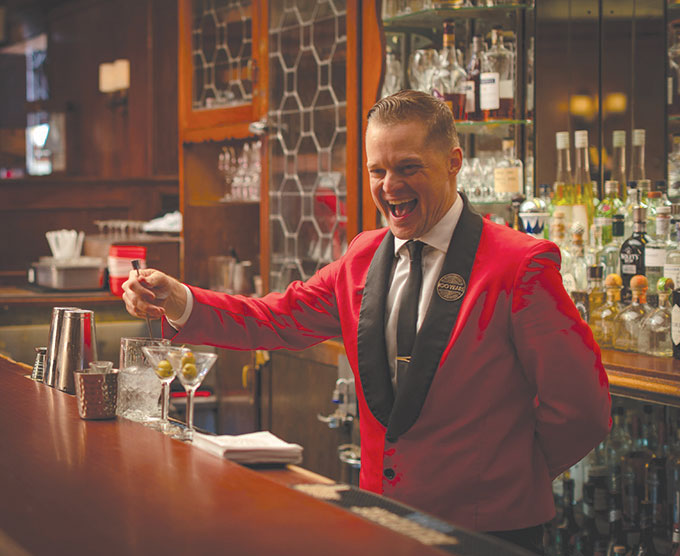 The Hollywood Chamber of Commerce in unveiling a special honorary award of excellence, similar to a Walk of Fame star, for the Musso & Frank Grill on Friday, Sept. 27, at 11 a.m. in front of the restaurant, 6667 Hollywood Blvd.

Fans of the restaurant are invited to attend the ceremony, which recognizes Musso & Frank’s 100th anniversary on the date exactly one century after its opening. The award will be the first of its kind awarded to a Hollywood restaurant.

The ceremony will be hosted by television personality Marc Summers and will include actors James Woods, Danny Trejo and Joe Montegna. Rana Ghadban, president and CEO of the Hollywood Chamber of Commerce; author Michael Callahan; Los Angeles City Councilman Mitch O’Farrell; and members of the Musso & Frank family of owners will also attend.

The resturant will be closed to the public this week for their centennial celebrations, which are private, and will be reopening for regular service on Oct. 1.

“It’s possibly the most important year this restaurant has ever had. For any business to get to be a century old is a huge milestone, and for a restaurant, it’s another level,” said Mark Echeverria, COO, CFO, proprietor and fourth-generation member of the family who owns the restaurant.

“It is something to be extremely proud of, and we are. Here we are at 100 years old, and we are doing better than ever.”