Saddle up and head for The Autry 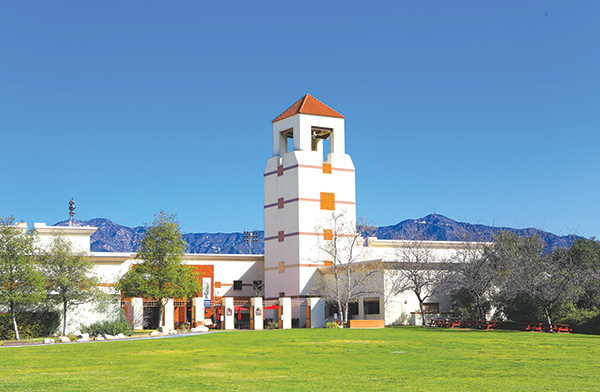 Challenging visitors’ ideas about “the West,” the Autry Museum of the American West offers perspectives about a region, a genre of fiction and a series of moments in history.

Western film actor Gene Autry co-founded the museum in 1988 with the goal of it being about much more than Hollywood westerns. Artifacts range from old firearms belonging to gunfighter John Wesley Hardin to ceremonial clothes from California’s native peoples. The exhibit “California Cont’d” gives visitors a look at the ecological relationship between the environment and indigenous groups, including an ethnobotanical garden filled with 60 native plant species.

“Since I’ve been curator, I’ve taken much greater interest in mixing art collections to reflect diversity,” said Amy Scott, Visual Arts curator. “We have a unique ability to showcase a broad range of issues with profound impact, including land, religion, migration – what collections are best capable of [when] speaking to people.”

The Autry has always strived to be more than just about cowboys, but following the reaction to the “LA RAZA” exhibit, the museum altered its vision. The exhibit took visitors back to the streets of 1960s Los Angeles alongside the Chicano Movement. The newspaper La Raza documented the Chicano Movement’s history while also advancing the cause for equality. Photographs from that time, as well as newspaper copies, lined the walls of the exhibition.

Combining civil rights, L.A., photography and journalism into one exhibit resonated with Angelenos who saw history presented in one place before them, said Keisha Raines, communications and marketing manager. Although the average special exhibition is on display for six months, “LA RAZA” was presented from September 2017 until February 2019, along with a prior four year preparation with UCLA’s Chicano Studies Research Center.

“I was in the exhibition one day with a journalist, and there was a teacher with a school group who said, ‘Oh my God, that’s my dad and me,’” Raines recalled. “His dad was one of the photographers.”

“We did get a lot of questions from visitors about how is [“LA RAZA”] a story about the American West, and [our response was,] ‘L.A. is the West,’” Raines said. “This was an important story that needed to be told. The West isn’t just in the 1800s; the West is continuously changing.”

The response from visitors to “LA RAZA” made it a turning point in museum programming, Raines said. The direction forward was clear – future special exhibitions would address topics like gender, identity and L.A.’s diversity.

“The Autry has been multicultural and inclusive in its goals and in its mission,” Scott said. “But as the history has changed in terms of looking at the West within the 19th century … it became a place of encounter, a place with a more complex, interracial and intercultural mixing that sets the stage for the West we know today.”

These concepts carried into two of the museum’s ongoing exhibitions through Jan. 5. “Indian Country: The Art of David Bradley” looks at culture, consumerism and tradition through the landscapes and towns of Santa Fe. Iconic figures from art and television can be found spotted through Bradley’s work, such as Frida Kahlo, Diego Rivera, John Wayne, Andy Warhol, Jean-Michel Basquiat, The Lone Ranger and Tonto. In the gallery next door, “Coyote Leaves the Res: The Art of Harry Fonseca” brings to life the “Coyote” as a central character symbolizing Fonseca’s search within himself as a gay man of mixed native heritage living in San Francisco during the 1970s. 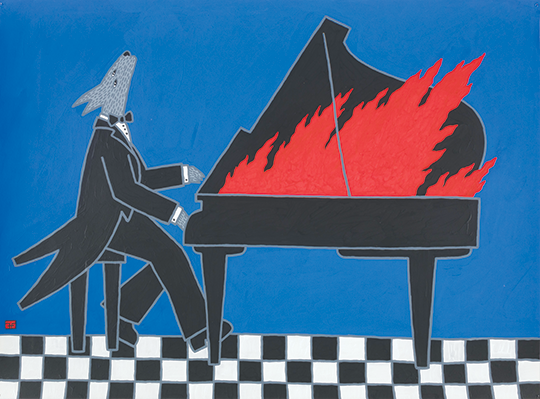 Something different from the Autry’s “Investigating Griffith Park” is an exhibition-in-the-works about the Autry’s surrounding environment, Griffith Park. Angelenos learn about Griffith Park while also sharing their own stories about why it’s special. Running into 2020, the exhibit will transform and formally open to celebrate Griffith Park’s 125th anniversary in 2021.

September closes out with a tribute to the museum’s namesake, celebrating Autry’s 112th birthday on Sept. 29. The museum will present screenings of Autry’s films and serve complimentary birthday cake.

Looking to the horizon, visitors will continue to find something they can relate to or find of interest as part of the expanding story of the West, much like as Autry envisioned three decades ago. Newer generations may not know who Autry was, Scott said, but they will know his legacy.

“Because of what we’ve been doing internally,” Scott said, “we’re moving to be more inclusive about how we do things, show things [and] tell stories.”

In Emily's Kitchen, with love + salt