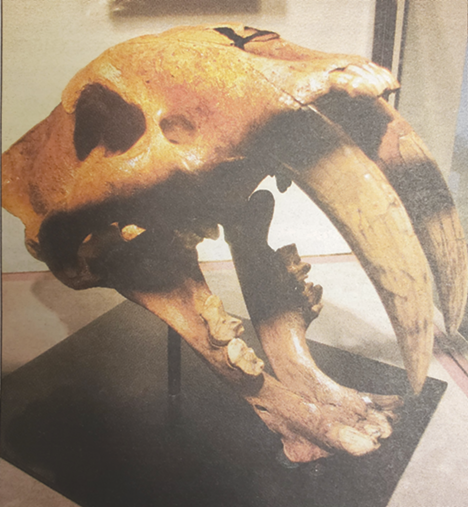 The May 19, 2005, issue of the Park Labrea News and Beverly Press showed a fossilized saber-toothed cat skull that was offered for sale at an auction in Beverly Hills. While most people associate such fossils with the La Brea Tar Pits, the saber-toothed cat skull was found in a tar pit known as Maricopa in Kern County. The fossil came from the collection of George Lee, who had conducted extensive excavation at the Maricopa site in the 1960s. Although fossils found in the La Brea Tar Pits, an active excavation site, are property of the Natural History Museum of Los Angeles County, those found on private land become the property of those who found them or the land owners. On Sept. 28, a different fossilized saber-toothed cat skull that was found on private land near Wilshire and Hauser boulevards in the 1950s will be sold at auction in Dallas. For information, see page 1.