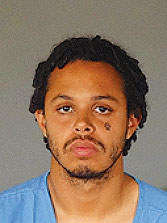 Detectives from the Los Angeles Police Department are seeking women who may have been victims of a 26-year-old male suspect who is in custody facing multiple felony sexual assault charges.

The defendant, Allen Dante Villareal, was arrested on May 9 in Hollywood following the alleged rape of a female victim earlier this year in a parking garage in North Hollywood. He was identified through DNA testing that also allegedly linked him to another sexual assault that occurred in the west San Fernando Valley. That sexual assault involved a minor. Villarreal was also identified as a suspect in a 2012 sexual assault of a minor in Ohio.

Villarreal, who did not know his victims, met them during casual encounters in public. He allegedly gained their confidence and later sexually assault them. The victims who have been identified were 15 to 23 years old when the sexual assaults occurred.

Detectives determined that Villarreal was homeless over the past few years and was known to frequent and stay in the Hollywood, West Los Angeles, Santa Monica, Compton and Carson areas and the San Fernando Valley. Investigators believe there may have been additional victims in those communities and are asking for individuals to notify police if they were victims.

Villarreal recently had a tattoo placed on his left cheek but did not have one during the known sexual assaults. He has been known to have short hair or short dreadlocks.

The cases were presented to the Los Angeles County District Attorney’s Office and felony charges were filed against Villarreal. Additional sexual assault charges were filed on Sept. 4 and Villareal is being held on $1.2 million bail. Anyone with information is urged to contact Det. John Perez at (818)754-8429. During weekends and off hours, call the LAPD hotline at (877)LAPD247.