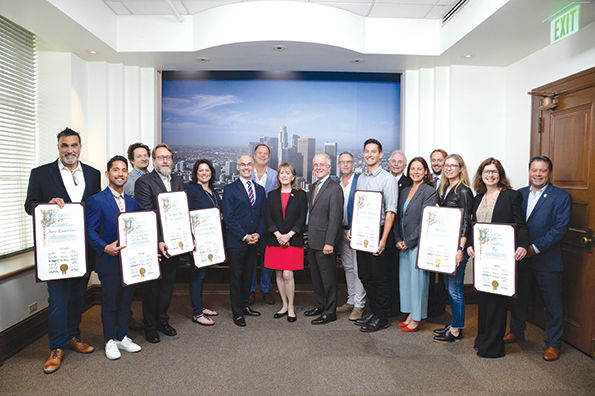 The event, which highlights the thousands of entertainment industry jobs that stay in Los Angeles each year, honored HBO’s “Veep,” “Sharp Objects,” “Deadwood: The Movie,” “My Dinner with Hervé” and “Barry”; NBC’s “This Is Us,” “The Good Place,” “The Voice” and “American Ninja Warrior”; ABC’s “Jimmy Kimmel Live!” and CBS’s “The Late Late Show with James Corden.”