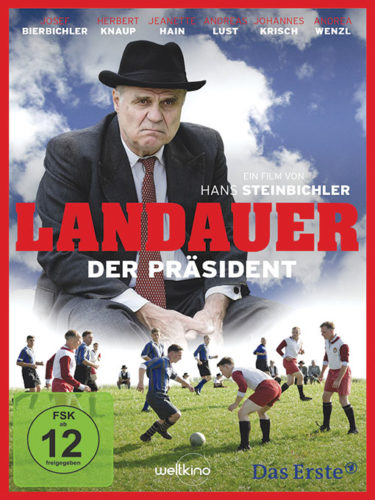 The Los Angeles Museum of the Holocaust will host a screening of a film about Kurt Landauer, who led efforts to rebuild the soccer team FC Bayern Munich following World War II. (photo courtesy of LAMOTH)

The Los Angeles Museum of the Holocaust and the Consulate General of Germany present a screening of “A Life for Football” (“Landauer-Der Präsident”), the dramatic retelling of the story of FC Bayern Munich President Kurt Landauer, on Wednesday, Sept. 11, at 7 p.m. at the museum.

The screening is being held in conjunction with the exhibit “Venerated – Persecuted – Forgotten: Victims of Nazism at FC Bayern Munich,” which is on display until Oct. 31.

“A Life for Football” (2014) is a German drama about Landauer, who was forced to resign his post and was imprisoned in the Dachau concentration camp when the Nazis came to power. He returned to Munich after the war to find his beloved team in shambles. Landauer led the effort to rebuild the club and its stadium. He is remembered as one of FC Bayern Munich’s most important figures and contributor to the club’s success.

Curated by FC Bayern Erlebniswelt, Germany’s largest club museum, the “Venerated – Persecuted – Forgotten” exhibit highlights Landauer’s story, as well as the heart-wrenching sagas of nine players and officials who were persecuted and murdered by the Nazis because of their religious or political views.

Suggested donation is $10. The Los Angeles Museum of the Holocaust is located at 100 The Grove Drive. For information, visit lamoth.org. For tickets, visit lamoth.ticketleap.com/landauer.

‘Muse ‘til Midnight’ returns to LACMA