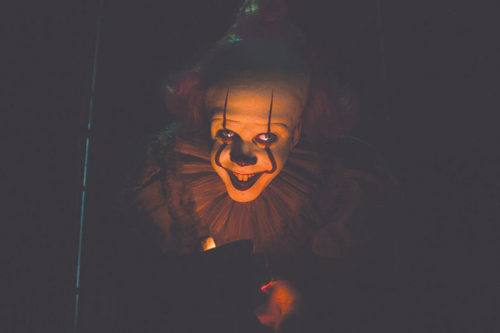 Pennywise (Bill Skarsgård) returns in “It: Chapter Two,” but his lack of screen time is a drawback for the film. (Warner Bros. Pictures)

“It” is one of the best horror films of the 2010s with the box office dominance to back up its mass appeal: $700 million worldwide from a $35 million production budget. Normally, R-rated films don’t hang with the high rollers to that degree. How in Stephen King’s name did “It: Chapter Two” become so mediocre?

Film adaptations of novels face a dilemma: honor the work in spirit or replicate it page by page. “Chapter Two” opts for the latter at the expense of flow. And at near three hours long, more mystery surrounds why this bloated endeavor wasn’t split into another two films or cut down. What transpires is convoluted, often boring, hardly scary without the singular vision that made “It” such a splendid experience. In part, things go wrong with the younger iterations of the main characters, the greatest success in the first film, who receive expanded roles.

It’s been 27 years, and Pennywise (Bill Skarsgård), the most heinous of dancing clowns, is back to his old ways. Fulfilling a decades old pact, the Losers Club reunites once more to end this evil monster once and for all. To do that, Mike (Isaiah Mustafa) has a plan based on his research of Native American lore on the long checkered history of Derry. Step one: a ritual that requires everyone to go off on their own in search of totems for a sacrifice. Step two: everything goes terribly wrong, and everybody has to adapt.

“Chapter Two” has two major problems: flashbacks that drag and a lack of Pennywise. The former is done out of obligation to the incredible performances of the child actors in the first film, while the latter transforms the film into a dramatic mystery with occasional attempts at terror. The result is more gruesome than jolting. For that matter, not a single scary moment truly lands.

Sure, not all horror movies require edge-of-our-seat thrills. “Sinister” got by without a lot of that, instead relying on mood and gloom. Good stories need not follow the rules. What occurs here, however, has all the parts to be interesting but softens on the first film’s edges. The rules previously established might’ve helped.

“Chapter Two” is hardly a terrible film, but considering the beginning, this end is a massive disappointment. The adult iterations of the characters – including Jessica Chastain as Beverly, James McAvoy as Mike and Bill Hader as Richie – have some chemistry but hardly at the same level of the kids. 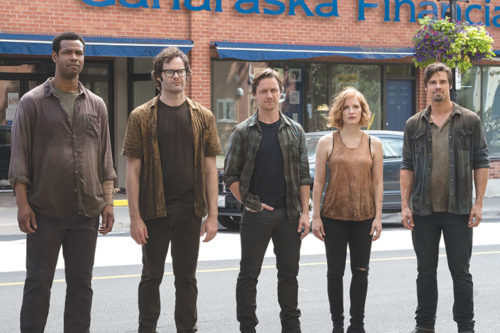 The Losers Club is also back in “It: Chapter Two” with ideas to end Pennywise’s evil plans once and for all. (Warner Bros. Pictures)

An old filmmaking joke goes, “I’ll fix it in post.” This speaks to the hope that all errors can be redeemed with the power of editing. Normally, they can’t. Still, films like “Star Wars” were notoriously saved in such a way. “It: Chapter Two” seems to have died during post-production, featuring separate character sequences best spliced together and entire subplots better left on the editing floor.

Director Andy Muschietti is still a face. And while 2013’s “Mama” was an uneventful horror film, “It” set him apart. Now, he might helm “The Flash” and an adaptation of the popular anime series “Attack on Titan.” Hopefully, this is a hiccup, the result of the conflicting visions of multiple parties. That’s a positive take, since Muschietti how has a 50% success rate across three films, assuming “Chapter Two” half works.

“It: Chapter Two” might hold interest for a time, but it’s still quite a mess and an even greater missed opportunity. What’s most annoying about the entire ordeal is the hype.

Leading up to the premiere, the idea of a near three-hour horror felt enticing. “It” was just that good, so of course the sequel would match. Long-form entertainment shouldn’t just belong to fantasy epics and Martin Scorsese.

Muschietti is currently threatening to create an even longer cut of both films. If that’s true – and why not, since it can’t get worse – then perhaps another round of editing might help. Likely, the only real hope lies in some dark corner of the internet. There, perhaps someone might recut this one without the excess baggage.