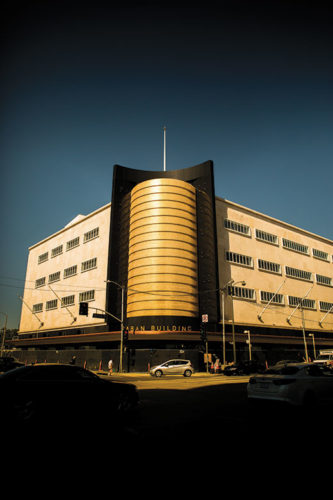 Los Angeles has long been fascinated by the arts, especially the Hollywood films that draw visitors by the millions to the entertainment capital of the world. As the movies have dominated pop culture in the United States and beyond, no one space has emerged as a gathering point, a sort of hall of fame where the definitive collection of film’s history celebrates those who forged lasting impacts while providing a deeper understanding of the medium for casual fans and aficionados alike.

Early next year, that’s likely to change. When the 300,000-square-foot Academy Museum of Motion Pictures opens at the corner of Wilshire Boulevard and Fairfax Avenue, the space is “destined to become the newest cultural landmark in Los Angeles, and perhaps the world,” said Academy Award-winning actress Whoopi Goldberg, who serves on the board of governors of the Academy of Motion Picture Arts and Sciences, in a promotional video for the museum. 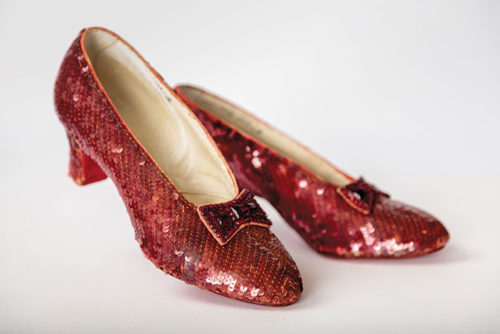 Screen-used-close-up pair of the Ruby Slippers,
designed by Adrian, from “The Wizard of Oz” (1939). (Photo by Joshua White, JWPictures/©A.M.P.A.S.)

The Academy Museum, located in the 80-year-old May Company Building, named its primary structure the Saban Building after Haim and Cheryl Saban, who donated $50 million to the Academy. Shawn Anderson, the museum’s director of marketing and communications, said the museum has been working to preserve the limestone and “iconic” gold tiles that adorn the cylinder at the front of the Building, a historic-cultural monument. The museum had replacements for the damaged tiles made by the Italian manufacturer of the original tiles.

“As we came into this project, we want to make sure we pay tribute and honored that history of this great architecture in a city that traditionally has not been known for preserving its past,” Anderson said.

One dramatic change is the rear portion of the building, where a 45,000-square-foot glass sphere has been erected. The Renzo Piano-designed structure, which has been compared to the Death Star from “Star Wars” by media outlets, includes the 1,000-seat David Geffen Theater and a large terrace with views of the Hollywood Hills and iconic Hollywood sign. 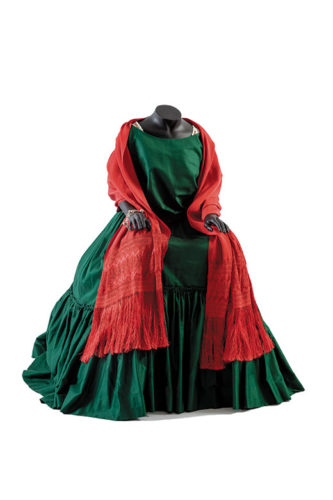 The Saban Building, however, will contain the majority of the exhibitions in its six floors, which will also include space for a restaurant, special events and the 288-seat Ted Mann Theater for movie screenings. In the 50,000 square feet of exhibition space, the museum will display a portion of its vast collection of 190,000 film and video assets, 12 million photographs and tens of thousands of other pieces of film history. Some well-known movie props and costumes include the creature from “Alien” and the last remaining life-size model of the great white shark from “Jaws.” Other highlights include a focus on the importance of costumes in movies like “Black Panther” and “Edward Scissorhands” and a two-story, digital waterfall that uses three-dimensional mapping to create an interactive experience. Anderson said the waterfall shows the importance and potential of technology in the future of film.

“I think this will be a very engaging and definitive Instagram-worthy moment,” he said.

While the concept of filmmaking as a whole is the focus of much of the museum, individual movies, artists and genres will be highlighted as well. For instance, when the museum opens, visitors will feel like they’ve stepped into “The Wizard of Oz” as they enter the lobby, with rare props like Dorothy’s ruby slippers and the Lion’s mane on display, Anderson said. 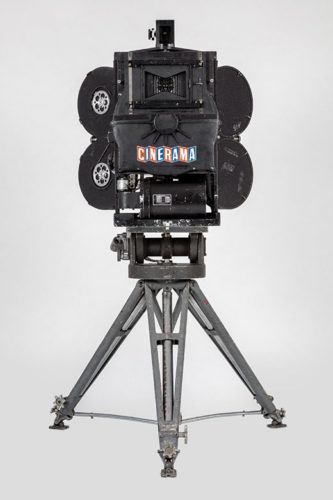 Other early exhibits include a retrospective of Hayao Miyazaki, the Japanese filmmaker best known for animated movies like “Spirited Away” and “My Neighbor Totoro.” “Regeneration: Black Cinema 1900-1970” will focus on the successes and struggles of African Americans in the film industry.

“The whole idea of the museum is to be a global museum, so while the focus is mostly on United States experiences, we also have to address the international influences,” Anderson said.

Anderson said the museum is developing an app to augment guests’ experience by providing in-depth information on exhibitions and films for those interested in learning more. The museum is also looking into a “past and present” feature for the app, where visitors on the terrace can use their phones’ cameras to find iconic locations in the distance, such as former studios and great hangouts and hotels.

With the historic artifacts, the two theaters and insight into the future of filmmaking, Anderson said visitors will be able to “engage with multiple facets of film, from today to 100 years ago.”