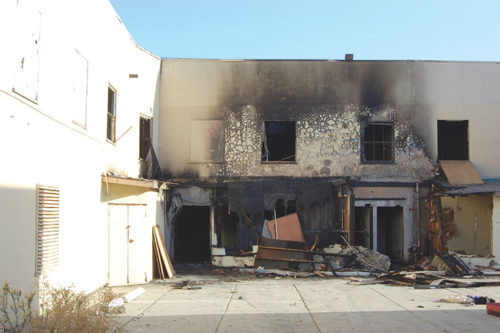 Firefighters responded to a blaze in a vacant two story office building in Hollywood on Sept. 7 and extinguished the flames in approximately 25 minutes. The fire was reported at 2:48 a.m. in the building at 6562 Santa Monica Blvd. The blaze caused heavy damage to a rear building located behind a central courtyard. No injuries were reported, and an estimate of damage and loss was not provided. The cause remains under investigation.